Chitra complained she used to be a disciple of Swami Chinmayanand at his ashram between 2000 and 2011. It is during this time that he raped her. 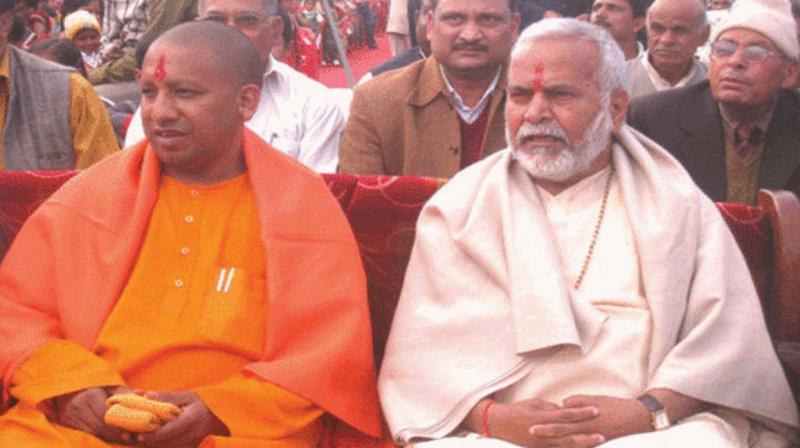 Lucknow: Chitra (name changed) was a teenaged girl who started accompanying her mother, a follower of former Union minister Swami Chinmayanand, to his ashram in Shahjahanpur.

As the years rolled on, she became so impressed with the Swami that she took sanyas and started living in the ashram.

From just a devotee, she grew in stature between 2000 and 2011 and became a manager of sorts. She started looking after the ashram and other establishments, like schools, being run by the Swami.

“As Swami became active in politics, the road was almost clear for Chitra to increase her clout. Her word became command for all of us. The fact that she enjoyed the confidence of the Swami added to her stature and no one could dare to utter a word against her,” says an old inmate of the ashram.

Swami, now 71 years of age, had served as former minister of state for internal affairs in the third Vajpayee government after being elected to Lok Sabha in 1999 from Jaunpur, relying more on his followers to run the ashram.

If sources are to be believed, the relations between the Swami and Chitra, who is now in her 30s, became strained when she started demanding that she be named as the Swami's heir — both in ashram and in politics.

Around 2010, Chitra met a journalist from Badaun and left the ashram to marry him.

According to her police complaint in November 2011, Chitra claimed that she was held captive in his ashram in Hardwar. The Shahjahanpur police filed a chargesheet against the Swami in 2012. The trial did not begin because the police report said that they could not substantiate the charges against Swami Chinmayanand.

However, even before the Swami could be called to the trial court, the three-time lawmaker managed to get a stay on his arrest from the Allahabad high court. The trial has not moved forward since then. Official sources said that complainant also did not press the charges all these years and hence the Yogi government, decided to drop the case.

The next hearing in the case, related to withdrawal of prosecution case against Swami, is set scheduled for May 15 in the court of the Chief Judicial Magistrate in Shahjahanpur.

In her complaint, Chitra said she used to be a disciple of Swami Chinmayanand at his ashram between 2000 and 2011. It is during this time that he raped her.

“I suffered for 11 years but could not speak out because he would give me death threats and keep me under constant surveillance. Several other girls also went through the torture but could never speak out as he got them married off to his own employees. I got out as I managed to get help from an outsider who later married me,” said Chitra.

Police, however, doubt her allegations. A senior police officer, who was posted in Shahjahanpur during this period, recalled, “When we began investigations, we found that the woman's charges of being held captive in the ashram were false. We got documents to prove that she was travelling alone to several places and the people in the ashram gave statements about her position. The relationship, if any, was consensual and there was no evidence to prove sexual exploitation or rape.” In between, there were reports of domestic violence between Chitra and her husband and she briefly left his house in Badaun and even filed a report against him. The two later reconciled and she is now the mother of a three-year-old child.

An officer in the state's law department disclosed that the decision to withdraw the rape case against Swami Chinmayanand was taken in view of a police report that found the rape charges baseless. “The BJP was not in power in the state when the investigations took place so there is no question of political pressure to free Chinmayanand,” he said, justifying the dropping of case.

As news of Yogi Adityanath government deciding to withdraw the rape case became public, Chitra sent a video recording of her impassioned plea and a letter to the President, Prime Minister, chief minister and the district judge, objecting to withdrawal of the case.

She alleged that the decision by the chief minister to drop the case against the Swami is completely wrong.

“Instead of supporting me, the government is supporting the accused. I am not even being allowed a fair trial. The accused is politically too powerful and I am too weak,” alleged the rape survivor.

Chitra and her husband have made themselves unavailable to the media.

Meanwhile, 71-year-old Chinmayanand is hoping that the Yogi Adityanath government's bid to offer him relief in the “false” rape case achieves finality at the earliest.