India   All India  21 Apr 2018  No bilateral meets between foreign, defence ministers of India, Pak at SCO
India, All India

No bilateral meets between foreign, defence ministers of India, Pak at SCO

Relations between India and Pakistan turned frosty after the Pathankot terror attack in January, 2016 and the Uri attack. 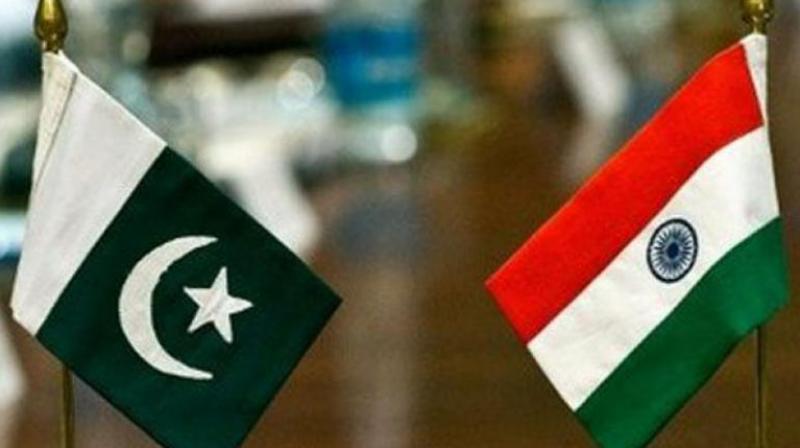 "There will be no meetings with their Pakistan counterparts," official sources here said, ruling out any planned meetings between the Indian and Pakistani ministers.

Swaraj who arrived in Beijing on Saturday will take part in the foreign ministers meeting of the SCO to be held on April 24.

The meetings, which are part of the preparations for the SCO summit to be held in the Chinese city of Qingdao in June, have become prominent as they are the first such meetings after India and Pakistan were admitted into the eight-member group last year.

Both events are to be attended by the respective ministers from Pakistan.

A host of issues including that of regional security and counter terrorism are expected to figure in the meetings.

Relations between India and Pakistan turned frosty after the Pathankot terror attack in January, 2016 and another strike by terrorists on an Army camp in Uri in Jammu and Kashmir in September that year.

The SCO, in which China and Russia play an influential role, specialises in regional security, counter terrorism and related issues.

"We believe it is a purpose of the SCO to promote relevant cooperation in that field.

Security has been a priority of the SCO since its inception," she said and defended Pakistan after Prime Minister Narendra Modi termed it as "terror export factory" at an event in London recently.

So the upcoming meeting will see participants exchanging views on the relevant issues, along with major international and regional issues, Hua said.

While Modi is scheduled to attend the SCO summit, officials say Pakistan is expected to be represented by its President Mamnoon Hussain as its Prime Minister Shahid Khaqan Abbasi had recently attended the Boao Forum for Asia in the Chinese city of Boao.