India   All India  21 Apr 2018  Amid nationwide uproar, cabinet to bring in death penalty for child rape
India, All India

Amid nationwide uproar, cabinet to bring in death penalty for child rape

Rape in Kathua and Unnao have provoked unmatched displays of public anger since 2012 gangrape murder of Delhi woman. 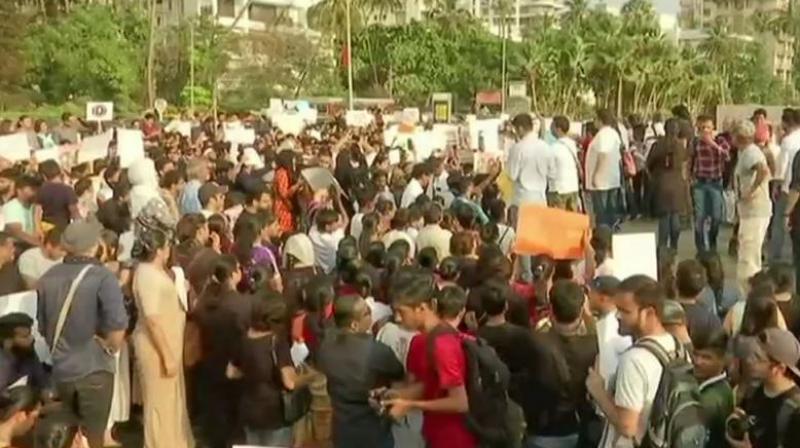 New Delhi: Amid nationwide outrage over sexual violence against young girls, the Union Cabinet is expected to clear an ordinance, or emergency executive order, to award death penalty to those convicted of raping a child up to 12 years of age.

The meeting will be headed by Prime Minister Narendra Modi, who returns from a five-day foreign visit.

Much of the anger was targeted against leaders of the ruling BJP who were seen to be protecting the rapists in both cases. It was amid this public anger that Union Minister Maneka Gandhi last week put out a video message that spoke about her intention to request the Cabinet to introduce death penalty for child rapists.

Prime Minister Narendra Modi also got called out by the International Monetary Fund (IMF) chief Christine Lagarde on Thursday. She called the gangrape and murder of the eight-year-old girl in Kathua "revolting" and hoped "Indian authorities, starting with Prime Minister Modi pay more attention" to the condition of women.

The government plans to bring the ordinance to amend the Protection of Children from Sexual Offences (POCSO) Act, news agency PTI quoted sources aware of the development saying.

As the POCSO law stands today, the maximum punishment for "aggravated assault" is life in jail. The minimum sentence prescribed is seven years in jail.

After the Nirbhaya case in December 2012, when the criminal laws were amended, a provision of death penalty in case the woman either dies or is left in a "vegetative state" after rape was introduced through an ordinance which later became the Criminal Law Amendment Act.

On Friday, the government informed the Supreme Court that it is actively considering amending the penal law to introduce death penalty to those convicted of sexually abusing children up to 12 years of age.

"An ordinance today is the best way to deal with the issue. An amendment bill will have to wait (till July) when the Monsoon session commences," PTI quoted a law ministry official as saying.

Also read: We only question daughters where they are going, must ask sons too: PM Modi

In London, Modi had said, "We always ask our daughters about what they are doing, where they are going. We must ask our sons too." The person who is committing these crimes is also someone's son, he said, adding that rape of a daughter is a matter of shame for the country.