India   All India  21 Apr 2018  Abu Salem's parole plea for marriage rejected, wanted to tie the knot in May
India, All India

Abu Salem's parole plea for marriage rejected, wanted to tie the knot in May

Salem is currently lodged in Taloja jail for his role in the serial blasts that had killed 257 and injured 713 people. 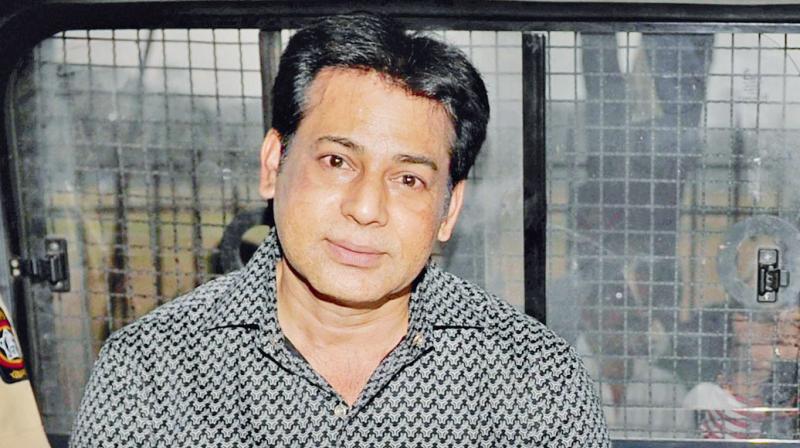 Salem had sought parole for 45 days to get married for a second time to Sayed Bahar Kausar. (Photo: PTI/File)

Salem had sought parole for 45 days to get married for a second time to Sayed Bahar Kausar.

Salem is currently lodged Taloja jail for his role in the 1993 serial blasts in Mumbai that had killed 257 and injured 713 people.

The Terrorist and Disruptive Activity (TADA) court had last year sentenced convicts Karimullah Khan and Abu Salem to life imprisonment in the case.

On June 16, 2017, the court had convicted six people, including the mastermind of the 1993 serial blasts Mustafa Dossa and Abu Salem.

The court had earlier held that prosecution proved Salem was one of the main conspirators and he delivered three AK-56 rifles and ammunition and hand grenades to actor Sanjay Dutt (convicted in earlier phase of trial under the Arms Act).

Salem, who was close to (Dawood's brother) Anees Ibrahim and Dossa, took upon of himself to bring a part of arms and ammunition from Dighi to Mumbai, the court earlier said.

Co-mastermind Mustafa Dossa died of cardiac arrest at JJ Hospital in Mumbai, shortly after being convicted on June 28.