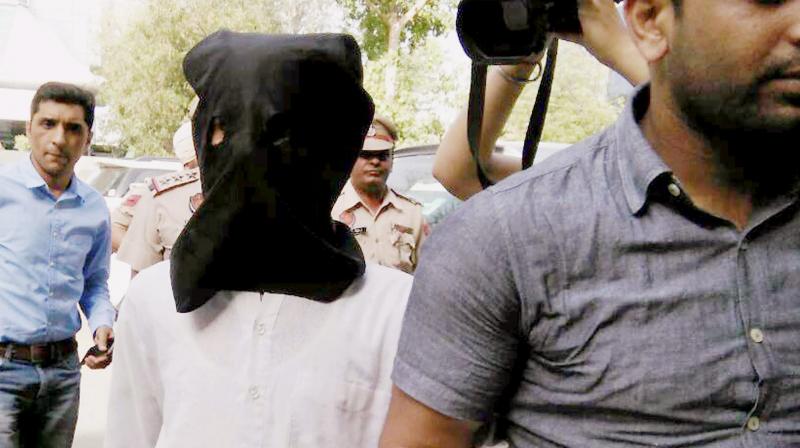 New Delhi/Lucknow/Mumbai: Security agencies claimed to have averted “a major terror attack in the country” as they arrested four ISIS suspects and detained six others in a multi-state operation on Thursday.

The ten — all in the age group of 18-25 — were picked up from Mumbra (Maharashtra), Jalandhar (Punjab), Narkatiaganj (Bihar), besides Bijnor and Muzaffarnagar in Uttar Pradesh.

UP ATS IG Aseem Arun said that the four were arrested on charges of hatching terror conspiracies and planning a major terror attack in India. Important documents relating to the ISIS were seized from them, he said.

“Mufti Faizan and Tanveer, allegedly connected with the ISIS, were arrested from Bijnor. Nazim Shamshad of Bijnor was nabbed from Mumbra near Mumbai. Muzammil was arrested from Jalandhar,” he said. Six others taken into custody were being questioned in Noida near Delhi.

The accused had got in touch with each other through the Internet, Mr Arun said, adding that central security agencies played an important role in the operation.

“The UP ATS had seized some important documents after the March 7 encounter in Lucknow in which a suspected terrorist belonging to the Khorasan module was killed. Following this, the probe was expanded to five states,” he said.

The ATS had received information that the ISIS had been expanding its network in UP, Maharashtra, Punjab and Bihar, and some youths from these states had joined the terror organisation.

“We have also found that the 10 were definitely influenced by the material available on the Internet,” UP ADG (law and order) Daljit Chaudhary said in Lucknow.

Investigations claim that one of them wanted to finance the group, and they were continuously communicating with each other about carrying out some major strike in the near future. But police and other agencies of different states with the help of surveillance made the arrests before they could carry out any such attack, the ADG said.

A spokesperson of the UP ATS said those arrested were suspected to be looking for potential recruits in Bihar, UP and Maharashtra. Last month, the Centre said that 75 people have been arrested from different states for alleged links with the ISIS.