Extradite David Headley, Rana to India for their role in 26/11, India tells US again

The NIA raised the issue of Headley and Rana's extradition when FBI Deputy Director Andrew McCabe visited India this month. 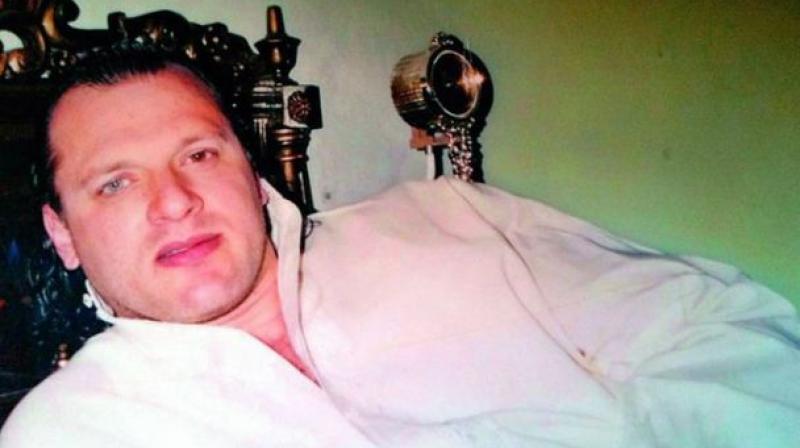 David Coleman Headley, now serving 35 years in a US prison for the deaths of 6 Americans in the 2008 Mumbai attacks. (Photo: File)

New Delhi: India has made a fresh request to the United States for extradition of terrorists David Coleman Headley and Tahawwur Rana, for their role in the 26/11 Mumbai attacks which killed 166 people.

According to reports, Andrew McCabe, Deputy Director of the Federal Bureau of Investigation (FBI), visited India earlier in April and met officials of the National Investigation Agency (NIA).

NIA, charged with the probe into the 2008 Mumbai attacks, raised with FBI the matter of extradition of Headley and Rana. It also said that multiple such requests in the case of Rana had gone unheeded.

NIA told FBI that though Rana had been tried in a US court and convicted of providing material to the Lashkar-e-Taiba (LeT) which carried out the attacks, he had not been tried for offences registered in India – of forgery and criminal breach of trust.

Rana’s extradition is stuck because the ‘double jeopardy’ clause in US law prevents punishment for the same offence twice. India has demanded Rana’s extradition on the grounds of planning an attack on the National Defence College (NDC) and Chabad House in several cities.

Reports said that FBI assured NIA it would look into the matter.

Headley has been sentenced to 35 years in prison by a US court, but Indian officials think they have a case because his conviction was made only on the basis of 6 Americans killed in the 26//11 attack, said reports. Many Indians were also killed and for this, Headley is still to face the law.

Rana, a school friend of Headley, is serving a 14-year term in the US for providing material support to the LeT.