Despite the hardship faced in the last few days, the two clerics are filled with anything but acrimony. 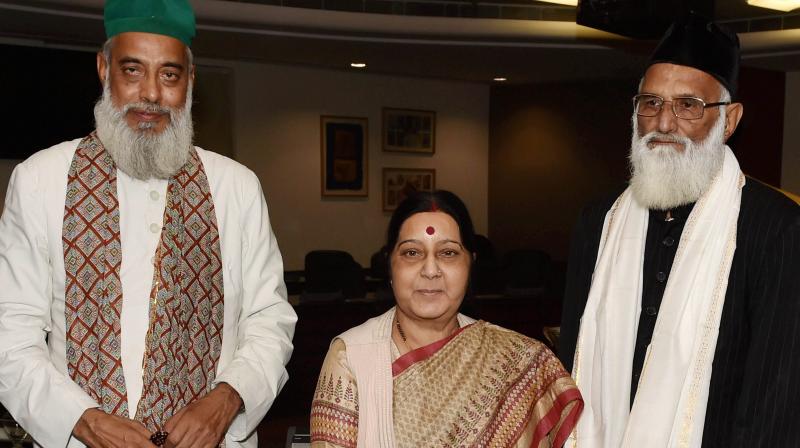 New Delhi: “Mohabbat ka silsila jari rahna chahiye (efforts to build peace and amity must continue)”, said one of the two clerics from Hazrat Nizamuddin Dargah, on returning home from Pakistan where they had gone missing under mysterious circumstances.

Despite the hardship faced in the last few days, the two clerics are filled with anything but acrimony.

“Whatever we faced during this time, should not mean that India and Pakistan should have another reason to feel bitter about each other. In fact, the efforts to build peace and amity must continue even more,” Sufi cleric Nazim Ali Nizami told PTI in an interview.

Ali Nizami and 80-year-old Syed Asif Nizami, “Sajjadanashin” of the holy shrine were given a warm reception at the Nizamuddin mausoleum.

“We are Sufis and Sufism teaches us the message of love. We had gone to Pakistan to spread that message. Some people may not have liked our message. But, I will again go to Pakistan, and go there with greater resolve,” he said.

He appealed to both India and Pakistan to increase people-to-people contact as part of peace-building efforts.