However, SC extends time for registration of FIR in the case from 72 hours given by Calcutta HC to one month. 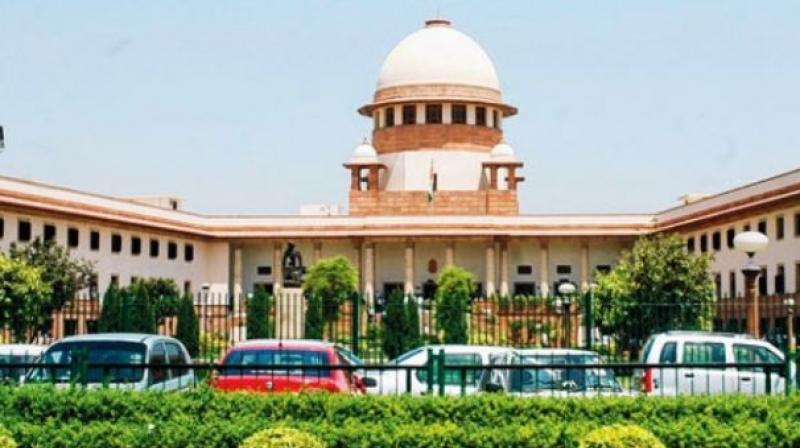 New Delhi: In a setback to Trinamool Congress, the Supreme Court on Tuesday upheld a Calcutta High Court order asking CBI to probe the Narada sting case in which several ruling party leaders of West Bengal were allegedly caught on camera taking money.

The court also termed as "most unfortunate" the grounds raised in a separate appeal filed by the Mamata Banerjee-led state government against the High Court order of March 17 and said that the plea deserved "outright rejection".

A bench headed by Chief Justice J S Khehar said that it finds no infirmity with the findings arrived at by the High Court. It, however, extended the time given to the CBI for registration of the FIR in the case from 72 hours to one month.

"We have perused the impugned order in which it emerges that the High Court took into consideration the materials which required holding of preliminary enquiry (PE) at the hands of CBI,” the apex court bench said.

"We find no infirmity with determinations of the High Court as the rights of petitioners are fully protected. The petitioner will have ample opportunities to assail lodging of the FIR,” it further added.

"We are also satisfied with CBI being permitted to carry out its obligation and all inferences and conclusions made in the order may not come in the way of the agency for arriving at its findings," the bench also comprising Justices D Y Chandrachud and Sanjay Kishan Kaul said.

It said that if the CBI needed more time for registration of the FIR in the case then it may approach the High Court with appropriate application.

The court also termed the appeal of state government as "dismissed as withdrawn" after its counsel tendered an "unqualified apology" for raising grounds which allegedly cast aspersions on the high court.

"We are satisfied that the state transgressed the propriety of reasonableness and the grounds raised are most unfortunate and call for outright rejection," it said in the order.

Appearing for senior TMC leader Suvendu Adhikari and Saugata Roy, senior advocates Kapil Sibal and A M Singhvi said that they were ready for an SIT probe or probe by any other independent agency but the CBI investigation should not be held.

Both the senior counsel cited political rivalry between the TMC and the central government and said that even the petitioners, who had moved the High Court, are BJP members.

The apex court bench rejected the contention and said that the High Court has given its finding after going through the materials on record and it is not "good" to doubt the premier agency of the country.

The court offered that High Court can monitor the probe done by CBI as the petitioners have expressed fear over the outcome.

Sibal then said that 15 days time should be given for completion of probe and the bench hearing the matter should be changed.

The court rejected the suggestion and said that the bench hearing the matter cannot be changed but the inferences and opinion of the High Court order would not influence the CBI in inquiry.

Singhvi then said that given the High Court's existing opinion, it would be better that no monitoring is done in the case. "It's up to you, if you do not monitoring by the High Court we cannot force it upon you. We suggested this only because you had fear about the outcome," the bench said.

At the outset, Sibal said that the incident had happened in 2014 but the sting operation was released in 2016 in run up to the assembly elections in the state.

He said that if the original phone in which it was recorded has no data, then the entire case cannot be accepted. The bench said that there are two "disastrous facts", one that central forensic lab has said that content is genuine and the other none of the accused has disputed that they were in the videos.

The Calcutta High Court had on March 17 ordered the CBI to conduct a preliminary probe into the Narada sting operation in which some TMC leaders were seen allegedly taking money.

It had directed the CBI to take possession of all material and devices related to the sting operation within 24 hours and to conclude the preliminary enquiry within another 72 hours.

The High Court had said that given the persons against whom allegations have been made are ministers, MPs and other senior leaders from the state, it would be just to direct the CBI, and not a state agency, to conduct a preliminary enquiry.

The Narada sting tapes, which were released to different news organisations before the 2016 Assembly elections in West Bengal, showed some leaders allegedly taking money.

Mathew Samuel, editor of Narada News, had told the court that the recordings were done using an iPhone, which were transferred to a laptop and were then stored in a pen drive.