CBI has registered preliminary enquiry in connection with the Narada sting tapes in which several TMC leaders were caught taking money. 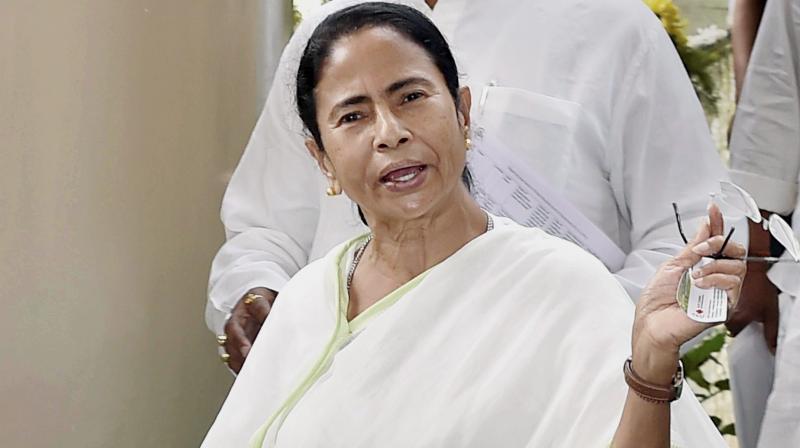 Kolkata: The Trinamool Congress (TMC) government in West Bengal led by Mamata Banerjee, on Monday moved the Supreme Court against the Calcutta High Court decision ordering a Central Bureau of Investigation (CBI) inquiry into the Narada payoffs, which allegedly involve senior officials of the government.

Some TMC leaders including minister Sugata Roy also moved the apex court in this regard.

The CBI has registered preliminary enquiry in connection with the Narada sting tapes in which several Trinamool Congress leaders were allegedly caught on camera taking money.

However, later the Supreme Court extended the time given to the Central Bureau of Investigation (CBI) for conducting a preliminary inquiry in the case.

The preliminary enquiry (PE) has been registered following the directions of a division bench of the Calcutta High Court, comprising of acting Chief Justice Nishita Mhatre and Justice T Chakraborti.

The bench, on March 17, directed the CBI to register the PE and submit its report before the court.

A preliminary enquiry is the first step of a probe by the CBI where the agency assesses whether the allegations have enough material for registering an FIR. If it finds that prima facie it is crime, the agency registers the FIR.

The bench noted that a report by the Central Forensic Science Laboratory (CFSL), Chandigarh, had said that the tapes were untampered.

Mathew Samuel, editor of Narada News, had told the court that the recordings were done using an iPhone, which were transferred to a laptop and then stored in a pen-drive.

A committee, set by the high court, had taken possession of all the devices.

Passing the order, the court observed that the conduct of public figures must be beyond reproach.

It said that given the persons against whom allegations have been made are ministers, MPs and other senior leaders from the state, it would be just to direct the CBI, and not a state agency, to conduct a preliminary inquiry.

The court also observed that CBI was the most suitable agency for conducting an independent probe into the matter.