After he was granted bail, Siraj said he is elated that justice has been done and freedom of expression has been restored. 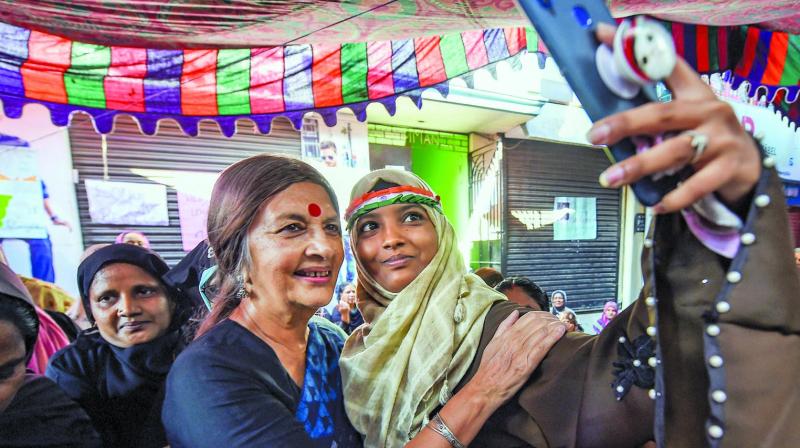 CPI(M) leader Brinda Karat poses for a selfie with protestors demonstrating against the CAA at Old Washermanpet in Chennai on Thursday. (Photo: PTI)

KOPPAL: A poem titled ‘Neena Dakale Yavaga Needuti’ (When Will You Furnish Documents) penned by writer and journalist Siraj Bisarahalli of Koppal, which was reportedly critical of the CAA and NRC, landed him in jail though he has been granted bail by the court.

Siraj surrendered before the Gangavathi court on Tuesday and was  granted bail on Wednesday. The counsels for Bisaralli argued that reading out a poem was an integral part of freedom of expression and therefore nothing wrong had been committed by Bisarahalli. The court ordered the release of the two on the execution of a personal bond of `50,000

Before he was granted bail, Siraj went into hiding and had also moved the Karnataka high court seeking quashing of the complaint against him.

A poem he had presented at a poet’s meet at a cultural fest in Anegundi in Gangavathi taluk of Koppal district on January 9 and 10 landed him into trouble.

He uploaded his poem on his web page drawing both appreciation and criticism.

To make matters worse for him, Gangavathi BJP leaders were quick to meet the district Deputy Commissioner and Superintendent of Police with a memorandum seeking action against Siraj.

After he was granted bail, Siraj said he is elated that justice has been done and freedom of expression has been restored.

He is also confident that the complaint against him will be quashed by the high court.

With over 20 years of experience in journalism, Siraj who is also a social activist said, “I am a writer and well aware that my writings should not hurt anybody or destroy peace and tranquillity in the society. I have been responsible for my writings as well.”