U.S. president says India is so going to spoil him with huge crowds that anything in America would seem small 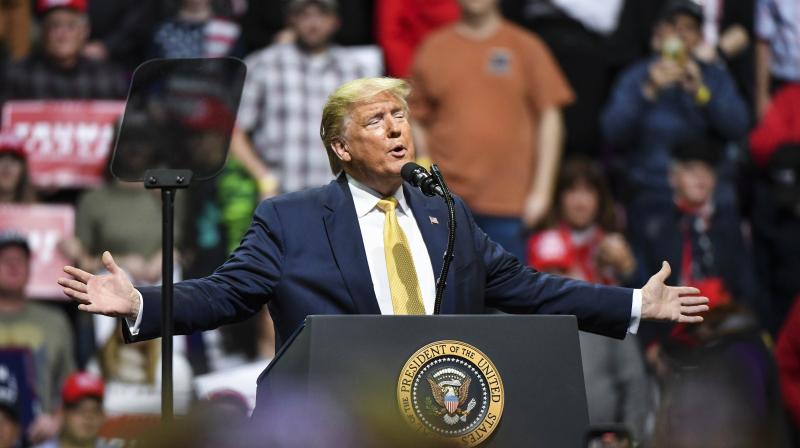 Washington: The number of people who will line the streets to welcome Donald Trump when he lands in India has just grown in the imagination of the U.S. president from seven million last week to 10 million now.

Speaking to reporters at a rally in Colorado, Trump said his “good fiend” the Indian prime minister Narendra Modi has told him there will be 10 million people to greet him when he lands in India on February 24.

Projections by Indian officials in Ahmedabad, which the president is scheduled to visit, are far lower, however. Ahmedabad municipal commissioner Vijay Nehra has said he expects between one and two lakh people to line the 22-km route from the Ahmedabad airport to the stadium.

Donald Trump, his wife Melania and daughter Ivanka are scheduled to visit Ahmedabad, Agra and New Delhi on February 24 and 25.

As recently as Tuesday, Trump said at the Andrews Air Force Base that Modi told him that “we'll have 7 million people between the airport and the event.”

On Thursday, Trump upped the crowd size by three million at a 'Keep America Great' rally in Colorado.

The total population of Ahmedabad is 70 lakh.

Trump said the Namaste Trump rally in Ahmedabad would spoil him.

“Prime Minister Modi said, we will have 10 million people greet you. Here's my problem. We have a packed house. We have a lot of people, thousands of people that couldn't get in. It's going to look like peanuts from now on,” he said.

“I'll never be satisfied with the crowd. If we have 10 million people in India, how can I be satisfied when we fill up like a 60,000-seat stadium? I am getting spoiled,” Trump said.

One of Trump's supporters from the audience then suggested that he build a bigger stadium.