LCA Tejas received the final operational clearance for induction into the IAF as a fully-weaponised fighter jet. 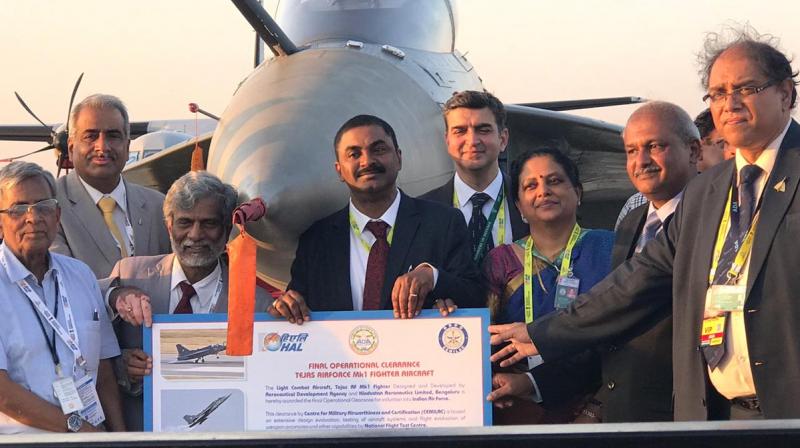 LCA Tejas received the final operational clearance for induction into the IAF as a fully-weaponised fighter jet.

At a special ceremony at the Aero India 2019 - India’s biennial air show in Bengaluru- the country’s military aviation regulator handed over the final operational clearance certificate and other release-to-service documents to Chief of Air Staff Air Marshal Birender Singh Dhanoa.

"It is a major milestone for the LCA (Tejas) to get the final operational clearance. The aircraft could fly in many sorties and has demonstrated the precision with which it can deliver weapons," Air Marshal Dhanoa said.

Calling the LCA Tejas's FOC aircraft a "major milestone", Air Marshal BS Dhanoa said, "You saw how much the aircraft could fly, the number of sorties it could generate in exercises 'Gagan Shakti' in April 2018 and in 'Vayu Shakti' in February this year."

The 45 Squadron of LCA Tejas has successfully flown over 1,500 sorties during trials.

"It is a fighter jet and behaved like a fighter. It did well both in air-to-air combat, as well as air-to-ground combat," the air chief said.