SC also set aside Calcutta HC order that restrained the Centre from withdrawing CAPF from Darjeeling saying normalcy had not returned. 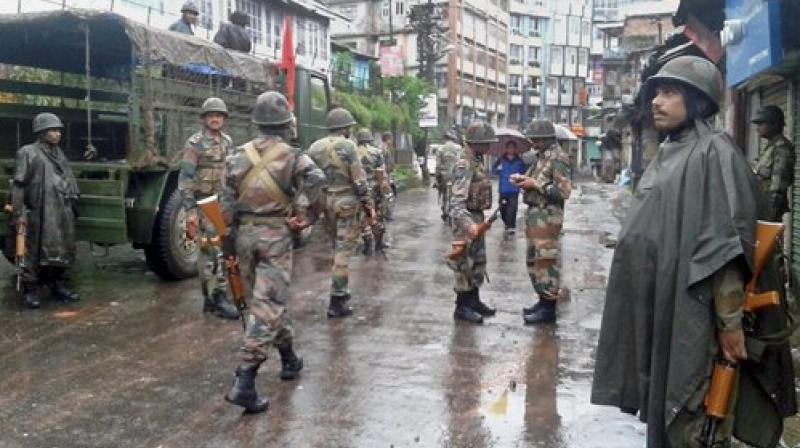 The Calcutta HC had stayed the withdrawal of CAPF from Darjeeling hills till Oct 27, 2017 after the West Bengal government approached it, opposing the Centre's decision. (Photo: File | PTI)

A bench of Chief Justice Dipak Misra considered Attorney General KK Venugopal's submission that the deployment of the central armed forces fell under the Central government's administrative domain and allowed it to withdraw the remaining CAPF companies from Darjeeling area.

The apex court also set aside the Calcutta High Court order that had restrained the Centre from withdrawing CAPF from the state's hill regions on the ground that normalcy had not returned.

The apex court had earlier permitted the Centre to withdraw four of the eight CAPF companies from Darjeeling and Kalimpong. Before that, the Centre was allowed to withdraw seven of the 15 companies of CAPF from Darjeeling and Kalimpong districts for deployment along the borders of Jammu and Kashmir and in the north-eastern states and to the poll-bound states of Gujarat and Himachal Pradesh.

The Calcutta High Court had stayed the withdrawal of CAPF from Darjeeling hills, the scene of unrest over the statehood demand, till October 27, 2017 after the state government approached it, opposing the Centre's decision.