India   All India  21 Jan 2018  Uncertainty prevails over Padmaavat release in UP
India, All India

Uncertainty prevails over Padmaavat release in UP

BJP spokesman Narendra Singh Rana said that the Yogi government would deal with the matter at the appropriate time. 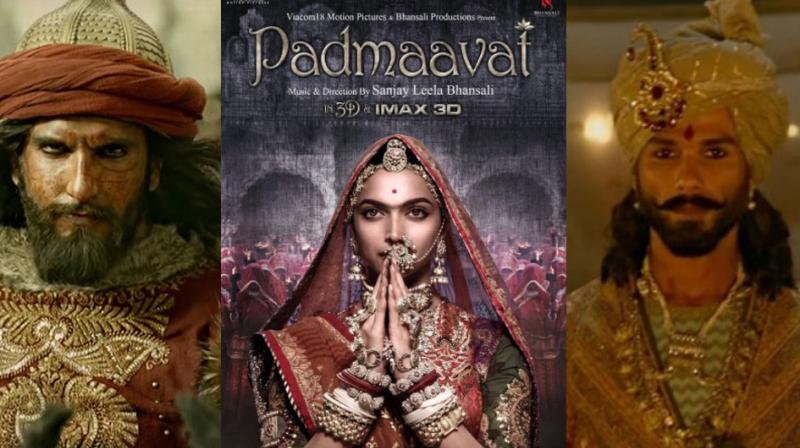 Ranveer Singh and Shahid Kapoor in a still from 'Padmaavat', Deepika Padukone on the poster.

Lucknow: Uncertainty prevails over the release of Padmaavat in Uttar Pradesh next week as exhibitors and multiplex owners are getting restive over the ‘studied silence’ of chief minister Yogi Adityanath on the issue.

The silence of the government on the release of Padmaavat is coupled with increasing threats by Rajput groups.

Kunwar Harivansh Singh, Apna Dal MP and head of the Akhil Bhartiya Kshatriya Mahasabha, admitted that the Kshatriya youths could not be controlled at this stage. “They may target theatres if the film sees the light of day,” he said. Veer Singh of the state unit of Karni Sena went a step ahead and said on Saturday, “We are ready to take bullets and the government is free to fire at us. But there is no way in which we will allow the film to be released. The Karni Sena has not indulged in even a single violent, but we do not know what will happen if the film gets released.” Abhishek Som, who had earlier announced that he would behead filmmaker Sanjay Leela Bhansali, said on Saturday that his supporters “would bury Bhansali and Deepika for committing blasphemy”.

Groups of young men, all claiming to belong to Kshatriya fringe groups, have been visiting various multiplexes in major cities of Uttar Pradesh, warning of ‘consequences’ if the film is released in their theatres.

The manager of a leading chain of multiplexes in Lucknow said, “We were clearly told that if we screened the film, we would be responsible for the consequences. In such a situation where the local administration is unwilling to provide police force, we do not wish to take risks. We have informed our management and it is unlikely that we will be screening the film.”

Similar warnings have been issued to a multiplex and single-screen theatre in Allahabad. “We have been warned that the theatre will be burnt down if Padmaavat is screened. The local officials say that they cannot deploy police force due to the ongoing Magh Mela. We cannot take risk in this situation,” the manager said.

A senior police official, meanwhile, refused to speak on the controversy, but said that since the film was being released on January 25, a day before Republic Day, it would not be possible to provide adequate security to theatres. “However, it is for the government to take a call on this issue and we will do whatever we are told,” he said. On the issue, BJP spokesman Narendra Singh Rana said that the Yogi government would deal with the matter at the appropriate time.