India   All India  21 Jan 2017  RJD slams Goel for 'hijab tweet', asks him to move ahead of typical stereotypes
India, All India

RJD slams Goel for 'hijab tweet', asks him to move ahead of typical stereotypes

Zaira and Goel engaged into a Twitter spat after the latter tweeted a picture of a woman in a hijab, comparing it with former. 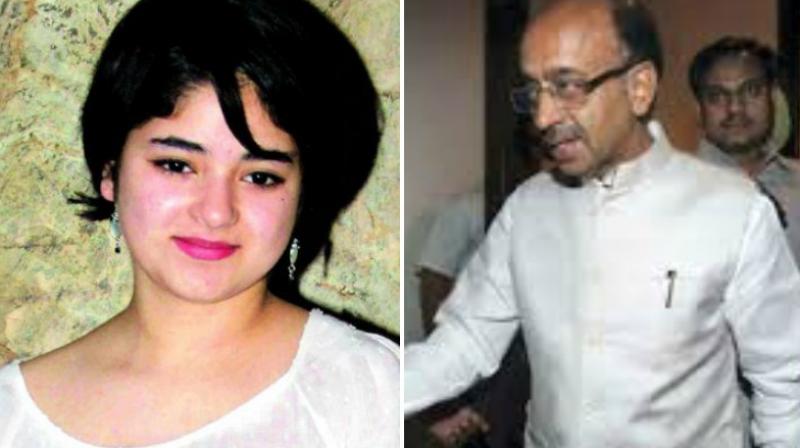 New Delhi: The Rashtriya Janata Dal (RJD) on Saturday slammed Union Minister for Sports and Youth Affairs Vijay Goel for his 'hijab' tweet, saying the latter should move ahead of typical stereotypical thinking and appraise himself about diversity of issues.

"I am glad Zaira Wasim has done it. Hijab could be a matter of women's agency. Many people, particularly from the Sangh Dan BJP background don't understand it. Goel should read little bit about agency of women, if he reads it he would come out of this typical stereotypes that women who are in veil, they have no authority on themselves," RJD leader Manoj Jha said.

Jha further said that Goel has not moved out from typical Sangh Parivar's 25 page documents on Muslims and their issues, adding that he should move ahead as he is a minister and represent India at different level.

After being embroiled into controversy over his tweet, Goel clarified that his comments on the micro-blogging website was to support the Dangal actor, who has been facing flak after meeting Jammu and Kashmir Chief Minister Mehbooba Mufti, adding that the people who are against his tweet are indirectly supporting the orthodox society and extremists.

"This is beyond my understanding as why is she against my tweet. Earlier, Mohammad Shami faced the ire of some extremists for posting picture with his wife and now Zaira Wasim was being targeted for meeting Jammu and Kashmir Chief Minister Mehbooba Mufti. I came to know that people are even protesting outside Zaira's house in Srinagar," Goel said.

He further clarified his stand and said: "This shows that people want to keep their daughters inside the house and hide their talent. I just wanted to tell those orthodox people that society is changing and our daughters and sisters should get the opportunity to show their talent in arts, sports and other sectors and we should also encourage them," he added.

The Sports Minister further asked people, who are expressing ire over his tweet as are they in support of the extremists who are protesting outside Zaira's house.

Zaira and Goel on Friday engaged into a Twitter spat after the latter tweeted a picture of a woman in a hijab, from the 'India Art Fest' at Thyagraj Stadium comparing it with former.

The Minister captioned the image, which also featured the woman trapped in a cage, as, "This painting tells a story similar to @zairawasim. Pinjara tod kar humari betiyaan badhne lagi hai aage. More power to our daughters!"

However, Goel's tweet did not go down well with the young girl, who later put forward her thoughts boldly, saying that the story depicted through this painting was not relevant to her and women in hijab are beautiful and free.