India   All India  20 Dec 2017  Was it a wedding reception invite for Modi: Virat, Anushka meet PM in Delhi
India, All India

Was it a wedding reception invite for Modi: Virat, Anushka meet PM in Delhi

Virat Kohli and Anushka Sharma have met the Prime Minister in New Delhi. 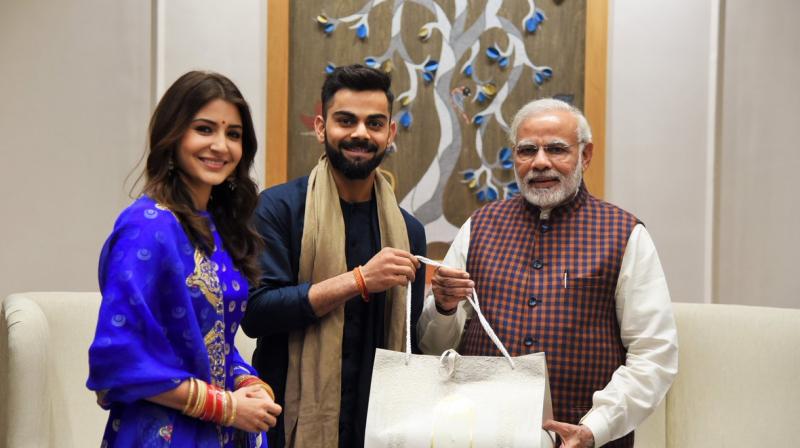 New Delhi: After a much-hyped wedding at Tuscany Italy on December 11, India cricket captain Virat Kohli and actress Anushka Sharma on Wednesday met Prime Minister Narendra Modi and invited him for their wedding reception in the national capital.

The couple finally returned to India after being away from the country for more than 10 days.

Only a select few were invited at the grand wedding of the team India skipper and Bollywood actress in picturesque Tuscany, Italy.