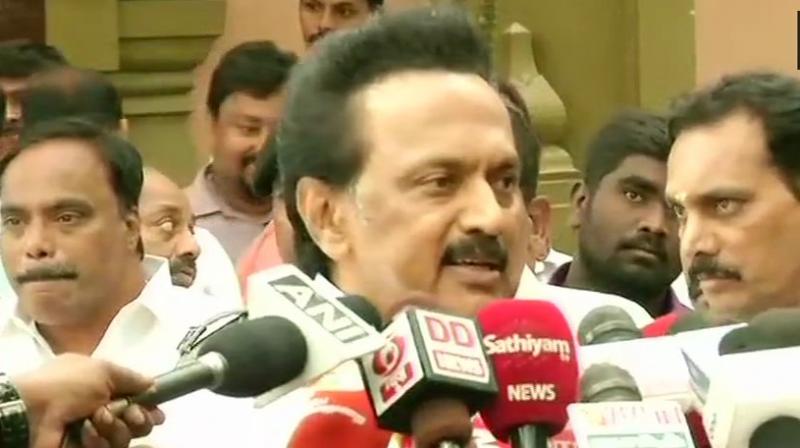 The statement from Stalin came just a few hours after the state Chief Minister accompanied by Deputy Chief Minister O Panneerselvam paid a visit to Gaja-hit Pudukkottai area and distributed relief material to the people residing in the relief camps.

Speaking to media, "After five days, Chief Minister went to Trichy from where he took a helicopter. He went to two to three places in the protection of party workers. Distribution of relief material and pictures were all a setup. If weather was bad, he could have waited there for a few days, why cut short visit?."

Stalin on Monday announced Rs 1 crore financial assistance for the relief and rehabilitation work in cyclone Gaja hit areas in eight districts of the state.

Stalin also declared that his party members of the Rajya Sabha and Legislative Assembly will also donate their one month's salary for the relief and rehabilitation works.

The disaster, which has brought the life in several districts of the state to a standstill, has so far claimed 46 lives, apart from causing huge damage to properties and live-stocks.