India   All India  20 Nov 2018  Sovan Chatterjee resigns as minister, Mamata Banerjee asks him to quit as mayor too
India, All India

Sovan Chatterjee resigns as minister, Mamata Banerjee asks him to quit as mayor too

Portfolios of Sovan Chatterjee had been handed over to state Urban Development and Municipal Affairs Minister Firhad Hakim. 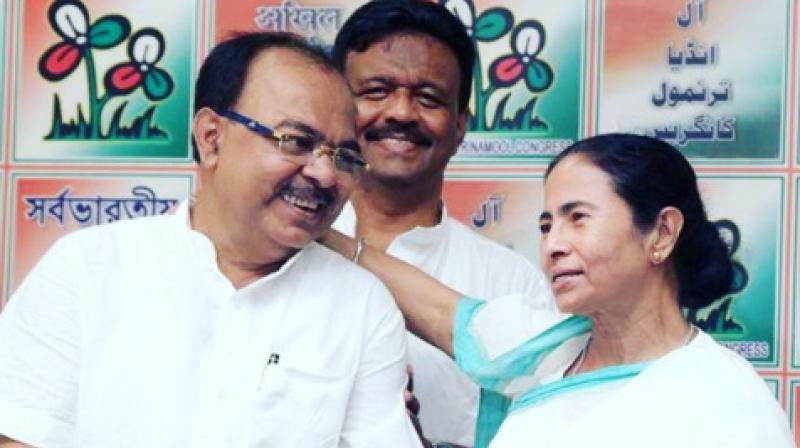 He has also been asked to quit the post of the Kolkata mayor, Chief Minister Mamata Banerjee said.

"He had earlier expressed his will to resign four-five times... We thought that he will realise (his mistakes). He resigned today and we have accepted it. He has also been asked to quit the post of city mayor," Mamata Banerjee told reporters at the state secretariat.

The resignation letter has been forwarded to Governor Keshari Nath Tripathi, the chief minister stated.

She said Chatterjee's portfolios had been handed over to state Urban Development and Municipal Affairs Minister Firhad Hakim.

"Hakim will take additional responsibilities of the two departments held by Chatterjee. Since a mayor has to be elected, we will decide on it later," Banerjee said, adding that Kolkata Municipal Corporation Commissioner Khalil Ahmed had been asked to look after the operations of the civic body.