Here's how Sushma Swaraj's husband thanked her for 2019 polls decision 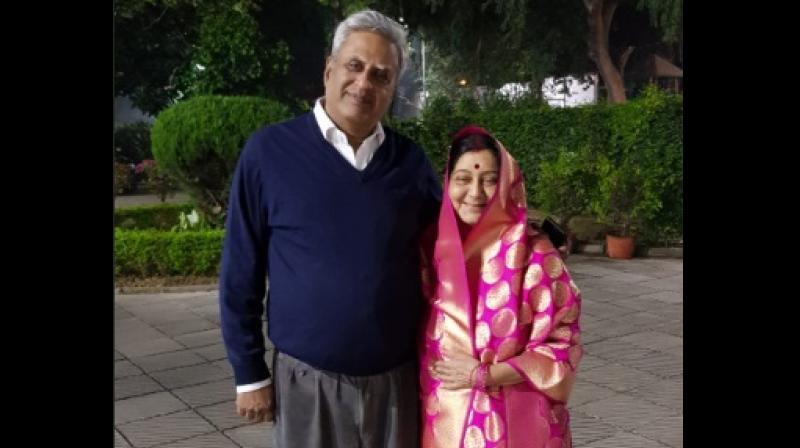 New Delhi: Minutes after External Affairs Minister Sushma Swaraj announced her decision to not to contest any more elections, her husband Swaraj Kaushal on Tuesday welcomed her decision and tweeted “thank you”.

“Madam (Sushma Swaraj) – Thank you very much for your decision not to contest any more elections. I remember there came a time when even Milkha Singh stopped running," he said in a series of tweets.

Swaraj Kaushal, a former governor of Mizoram, has often used the Twitter to show support for his wife.

"This marathon has been on since 1977 - that is 41 years. You have contested 11 direct elections. In fact you contested all elections held since 1977 except twice when party did not allow you to contest in 1991 and 2004," Swaraj Kaushal said.

"You have been four terms in Lok Sabha, three terms in Rajya Sabha and thrice elected to state Assembly. You are contesting elections since you were 25 - and fighting elections for 41 years is quite a marathon," he said.

"Madam - I am running behind you for the last 46 years. I am no longer a 19-year-old. Please, I am also running out of breath. Thank you," he added.

Union minister and senior BJP leader Sushma Swaraj on Tuesday revealed her decision not to contest 2019 Lok Sabha polls at a press conference in Madhya Pradesh, where she was campaigning for the state election later this month.

"It is the party which decides, but I have made up my mind not to contest the next elections," Swaraj said in Indore.