India   All India  20 Nov 2018  Delhi police releases photos of 2 terrorists suspected to be hiding in capital
India, All India

People have been asked to report to Paharganj Police Station in case they have any information regarding the two terrorists. 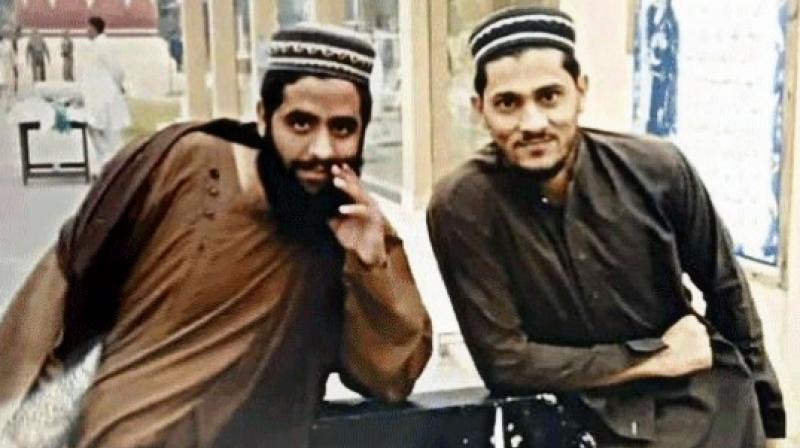 The photograph released along with the advisory shows two bearded men in kurtas and traditional headgear posing next to a milestone reading ‘Delhi 360 km, Ferozepur 9 km’.

New Delhi: The Delhi Police on Tuesday has issued an advisory along with the photograph of two terrorists suspected to be hiding in the city. The police have asked the public to keep a lookout for them.

The photograph released along with the advisory shows two bearded men in kurtas and traditional headgear posing next to a milestone reading ‘Delhi 360 km, Ferozepur 9 km’.

The Police have appealed to people to report to the Paharganj Police Station on 011-23520787 or 011-2352474 in case they have any information regarding these two terrorists.

The two wanted terrorists are aged between 25 and 30 and their photographs have been put up on walls at several places.

The general public has also been advised to remain vigilant and report to police if they witness any suspicious activity.

An alert has been sounded and the authorities have enhanced patrolling and surveillance in sensitive areas.

The photos of these two terrorists were released hours after the Special Cell of the Delhi Police on Tuesday nabbed a Hizbul Mujahideen operative for his alleged role in the murder of Jammu and Kashmir Police Sub-Inspector Imtiaz Ali Ahmad Mir in Pulwama last month.

According to reports, the arrested Hizbul Mujahideen operative has been identified as Ansar-ul Haq.

Haq was arrested from Delhi airport after being on the radar of Delhi Police for quite some time.

Meanwhile, last week, the counter intelligence wing of Punjab Police alerted about the presence of at least six to seven Jaish-e-Mohammed (JeM) terrorists "could be moving towards Delhi" from the state.

The letter, issued by the office of the Punjab Inspector General of Police (Counter Intelligence) to law-enforcement agencies across the state on Thursday, sought installation of checkpoints at all important routes, strict vehicle inspections and the adoption of suitable counter-terror measures.

"There is a need to review and strengthen the second line of defence along the Indo-Pak border, and coordinate closely with the Border Security Force and other defence establishments in your areas," the document read.

Four people had taken over a taxi at gunpoint around 11:30 pm on November 15, sparking fears of another Pathankot-like terrorist attack. Police said the suspects, who hired the Toyota Innova from Jammu, forced its driver out near Madhopur and drove off.

Police are yet to confirm if the people involved were carjackers or terrorists.