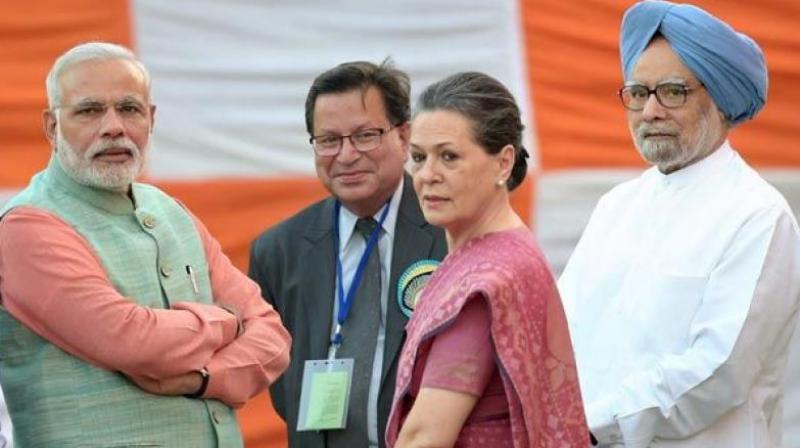 Congress president Sonia Gandhi said, 'A year later, demonetisation has done nothing but rub salt on the wounds of distressed farmers, small traders, housewives and daily workers. The fortunes of a handful are being built by destroying the future of the poor and the oppressed.' (Photo: File | GST)

The Congress president's allegation is based on the government's delaying of the winter session of the Parliament, which usually begins in November and runs for four weeks.

This time, however, because the PM and other top ministers are campaigning for the Gujarat election in December, the year-end session of Parliament has yet to be called.

"Modi government in arrogance has cast dark shadow on India’s Parliamentary democracy by sabotaging Winter Session on flimsy grounds. It's mistaken if it thinks by locking temple of democracy, it'll escape constitutional accountability ahead of elections," Sonia said at the Congress Working Committee meet in New Delhi.

She added that the Prime Minister had the audacity to have a midnight celebration in Parliament to launch an ill prepared and flawed Goods and Services Tax (GST) but lacks the courage to face Parliament.

Intensifying her attack at the Centre and the Prime Minister, Sonia said, "A year later, demonetisation has done nothing but rub salt on the wounds of distressed farmers, small traders, housewives and daily workers. The fortunes of a handful are being built by destroying the future of the poor and the oppressed."

Opponents like Trinamool Congress supremo Mamata Banerjee and the Congress have said the government is ducking facing the opposition's questions over the economic slowdown that has registered after the twin reforms of demonetisation and the new national sales tax or GST.