India   All India  20 Nov 2017  Rahul set to take over from mother as Cong prez before Gujarat polls
India, All India

Rahul Gandhi is set to succeed his mother, Sonia, and is expected to be elected unopposed like she has been for the past 17 years. 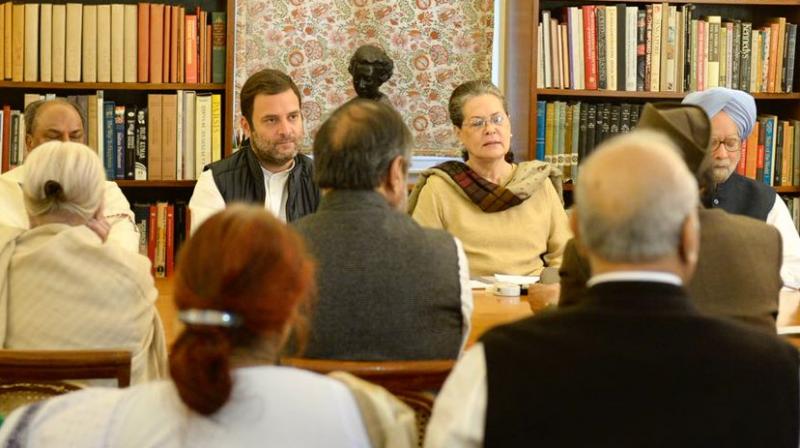 New Delhi: The Congress Working Committee (CWC) on Monday announced the schedule to elect the next party president, paving the way for Rahul Gandhi’s coronation just before the Gujarat elections.

The CWC meeting was chaired by the current party president Sonia Gandhi at her 10 Janpath residence in the morning.

The 47-year-old vice-president of the Congress is set to succeed his mother, Sonia, and is expected to be elected unopposed like she has been for the past 17 years.

The Congress will issue the poll notification on December 1 and if anyone would want to contend for the succession to the party presidency, he/she will have to file nomination papers by December 4.

The Congress said if there is no other contender for the post, the party would announce Rahul's candidature on the last date of scrutiny, i.e. December 5.

In October, Sonia had said Rahul Gandhi would be elevated soon.

Sonia Gandhi has been Congress President since 1988, making her the longest-serving chief of the party. She has been unwell in recent years and has scaled back her public engagements, which brought Rahul more to the forefront.