Two Army and BSF jawans and a woman resident were injured when the Pakistani troops targeted Indian forward posts. 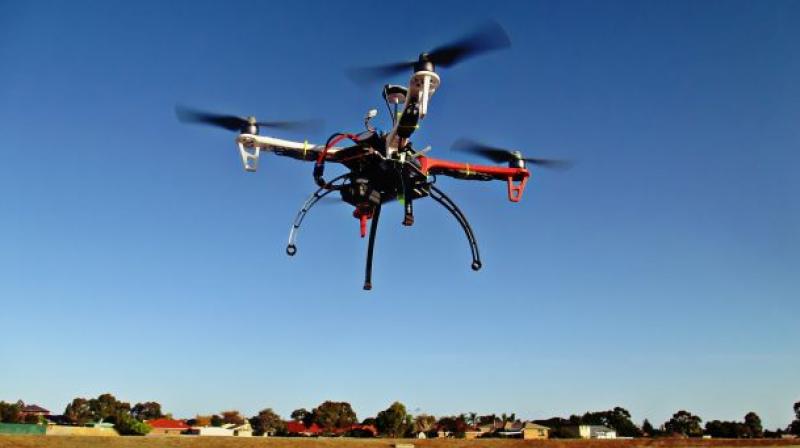 he officials said that the Pakistani troops resorted to heavy unprovoked firing in Kalsian, Jhangar and Namb Karali areas of Nowshera sector in the morning. (Photo: Representational Image)

Srinagar: The Pakistan Army on Saturday claimed that an Indian quadcopter was shot down by it after the camera-fitted drone allegedly “intruded” into PoK’s Rakhchakri sector along the LoC at 4.45 pm (local time). “Indian quadcopter shot down by own Aagahi Post in Rakhchakri Sec. Had intruded 60 Ms in Pak side of LOC, fell near own Agahi Post & taken over”, Lt. Gen. Asim Saleem Bajwa, director-general of Pakistan’s Inter-Services Public Relations (ISPR), the media wing of the Pakistan Armed Forces, tweeted. He claimed the drone had “intruded 60 metres into the Pakistan side of LoC” and its debris “fell near Agahi Post in Rakhchakri Sector”.

Meanwhile, two Army and BSF jawans and a woman resident were injured when the Pakistani troops targeted Indian forward posts and civilian areas in Naushehra and Sundarbani sectors along the LoC in Jammu and Kashmir’s Rajouri district on Saturday. A report, not confirmed officially, said the facing troops traded fire also in Uri-Chakothi area of the de facto border on Saturday evening.

Earlier, the authorities in Muzaffarabad said that four civilians, including three girls, were killed and two more wounded after a mortar bomb fired by the Indian troops landed inside a private house in Kerni village of Charhoi sector of the PoK’s Kotli district on Saturday.

In Rajouri, the police and Army officials said that sepoy Kala Singh of the Army’s 8 Sikh Li, a BSF jawan Laltu Singh ( of 126 Battalion) and 55-year-old resident Shanti Devi were injured in the Pakistani shelling in Sunderbani and Noushehra sectors of the LoC on Saturday. Also, two residential houses were damaged and a buffalo died in the Pakistani shelling in Noushehra’s Makri village, they added.

The officials said that the Pakistani troops resorted to heavy unprovoked firing in Kalsian, Jhangar and Namb Karali areas of Nowshera sector in the morning. Later in the afternoon, the facing troops targeted the Indian forward posts and civilian areas with 120 mm mortars, automatics and small arms also in neighbouring Sunderbani sector. “The fire was returned befittingly using the same calibre weapons,” a defence spokesman added.

The Army and the BSF sources said that there have been as many as 286 incidents of firing and shelling along the LoC and International Border (IB) in Jammu and Kashmir by Pakistani troops that have resulted in the death of 26 people, including 14 Army and BSF personnel, since the surgical strikes on terrorist-launch pads across the de facto border on September 29.

On the other hand, the Pakistan has blamed India for each violation of the November 2003 ceasefire agreement that took place during past over seven weeks. On Saturday, it said that, at least, 26 civilians have been killed and 107 others wounded in the last two months due to the Indian forces firing along the LoC and the International Border (called Working Boundary by Islamabad).