More lives have been lost in religious wars: CJI Thakur

The Chief Justice of India also said that his relationship with his God is nobody else's business. 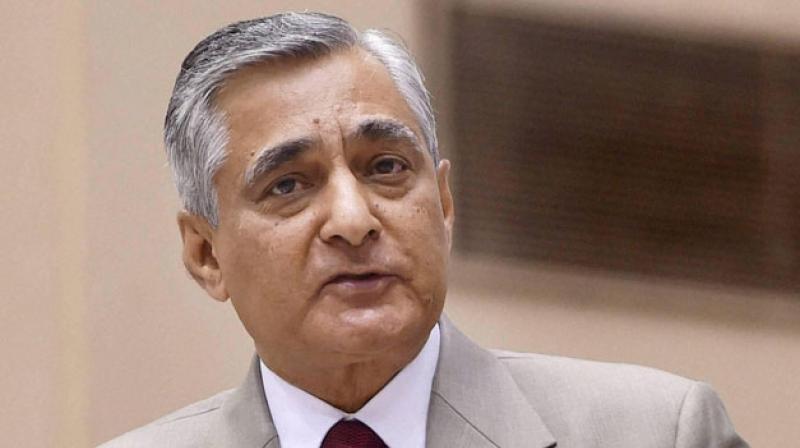 New Delhi: The relationship between man and God is "very personal" and should be "nobody else's business", Chief Justice of India T S Thakur said on Sunday as he stressed on tolerance for peace in society.

More lives have been lost in religious wars than due to political ideologies, Justice Thakur said during the release of a book on Zoroastrianism, penned by Supreme Court Judge Justice Rohinton F Nariman here.

Thakur, while releasing the book titled 'The Inner Fire, faith, choice and modern-day living in Zoroastrianism', also said that more destruction, damage and bloodshed in this world has taken place on the account of religious beliefs.

"In this world, more lives have been lost in religious wars than on political ideologies. More humans have killed each other because they thought their path is better than his, that he is an infidel, that he is a non-believer. More destruction, damage, bloodshed has taken place in this world on account of religious beliefs.

"What is my religion? How do I connect with my God? What kind of relationship I share with my God. It is nobody else's business. You can choose your relationship with your God," the CJI said.

The relationship between man and God "is something which is very personal and individual. So no one else has any thing to do with it," he added.

"I think the message of brotherhood, tolerance and accepting that ultimately all path leads to one path, one God, will bring world peace, will bring prosperity. In that sense Rohinton has done a great service," Justice Thakur said.

Former Supreme Court judge Justice B N Srikrishna explained certain verses of Gathas (the most sacred texts of the Zoroastrian faith believed to have been composed by Zoroaster himself) which dealt with equanimity.

Justice Srikrishna also explained its connection with the Rigveda and the similarities with Sanskrit.

"We as parents come to realise, as many parents do, for years we did not appreciate the qualities exhibited now by Rohinton. Parents learn, unfortunately, retrospectively what they should have know about the characteristics of their children from the beginning."

High Priest of Parsi community, Khurshed Dastoor, was present at the function.