The family had earlier demanded a NIA-led investigation in the matter. 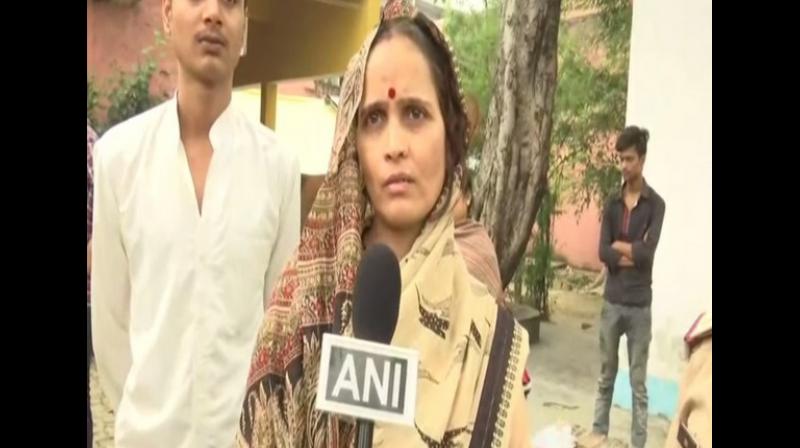 'We are going to meet Yogi Adityanath. The Chief Minister had given us time to meet at around 11 am today. The police are taking us there,' Tiwari's widow said. (Photo: ANI)

"We are going to meet Yogi Adityanath. The Chief Minister had given us time to meet at around 11 am today. The police are taking us there," Tiwari's widow told ANI.

The family had earlier demanded a National Investigation Agency (NIA)-led investigation in the matter saying they don't trust the state administration.

"We want the NIA to investigate the case, we do not trust anyone. My father was killed although he had security guards, how can we possibly trust the administration then?," Satyam Tiwari had said on Saturday.

Uttar Pradesh Chief Minister Yogi Adityanath had said that the killers of Kamlesh Tiwari will be brought to book.

Director-General of Police OP Singh had, on Saturday, held a press conference on the matter and informed that three persons have been detained in the matter.

He also said that the arrested persons have confessed to their involvement in the crime.

Police had also said that the accused were radicalised after listening to a speech given by the victim in the year 2015, in which he had said some "objectionable things".