At 8 AM, the overall AQI of Delhi was docking at 129, which falls in the 'moderate' category. 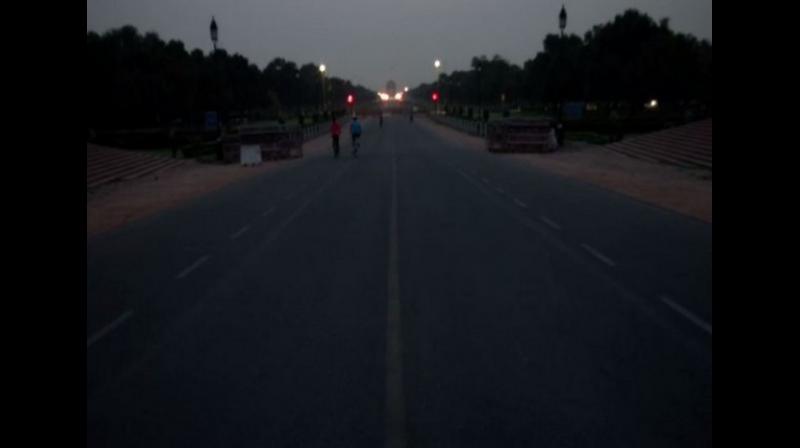 Major pollutants with particulate matter (PM) 2.5 were detected at 115 in 'Moderate' category and PM 10 at 221 in 'Poor' category, in Lodhi Road area earlier this morning, according to the Air Quality Index (AQI) data. (Photo: ANI)

New Delhi: The overall air quality of Delhi has drastically improved to the higher end of the satisfactory category, stated the Centre-run System of Air Quality and Weather Forecasting And Research (SAFAR) on Sunday.

At 8:00 in the morning today, the overall AQI of Delhi was docking at 129, which falls in the 'moderate' category.

Major pollutants with particulate matter (PM) 2.5 were detected at 115 in 'Moderate' category and PM 10 at 221 in 'Poor' category, in Lodhi Road area earlier this morning, according to the Air Quality Index (AQI) data.

According to SAFAR, the stubble burning activity in Haryana, Punjab, and nearby border regions are almost same as past three days but due to the change in circulation pattern and the wet transport path, their influence in Delhi region is negligible.

At Chandani Chowk, the AQI with PM 10 was detected at 391 in the morning which stood at 'Very Poor' category, while in the Mathura Road area the AQI with PM10 stood at 169 in 'Moderate' category.

By October 21, a change in wind direction to northwesterly, moist condition and considerable biomass plume transport is expecting (15 per cent) and faster deterioration in air quality from poor to the very poor category is forecasted by October 22.

According to the organisation, further drastic deterioration (to severe levels) in AQI of Delhi is only expecting by the first week of November. The western disturbance can positively influence Delhi's air quality.

The crisis deepens if it is encountered with any additional internal (like firecrackers) or external emissions (stubble burning) sources. If local emissions are controlled, it will be a good check to observe and avoid the air quality index.