Ashwani Lohani asserted that Railways was not informed about Dussehra celebrations taking place near the main line. 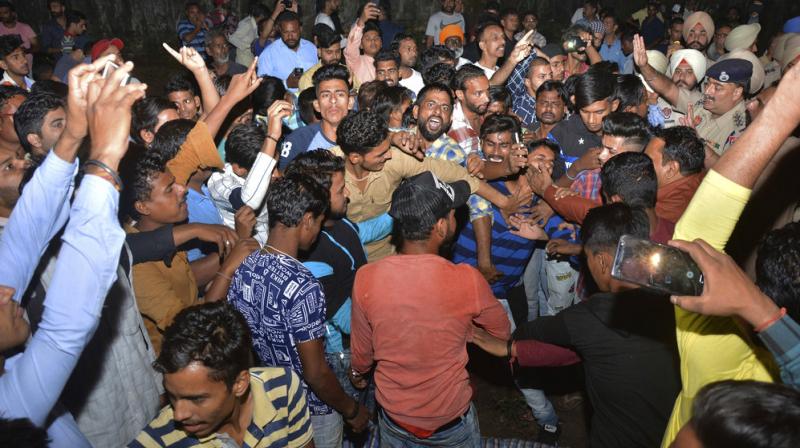 Railway Board Chairman Ashwani Lohani further briefed that the two manned level-crossing on the track, where the accident took place, was closed. (Photo: PTI)

Amritsar: Hours after the Amritsar train accident, Railway Board Chairman Ashwani Lohani on Saturday said it would be wrong to say that the Railways is responsible for the tragic incident, adding that people need to be more alert.

Speaking to ANI, Lohani asserted that the Railways administration was not informed about the Dussehra celebrations taking place near the main line. He further briefed that the two manned level-crossing on the track, where the accident took place, was closed.

"It would be wrong to say that Railways is responsible for this accident. There are two manned level-crossing on that track, both were close. It is the main line. There is no speed restriction there. The Railway administration was not informed about the Dussehra celebration near mainline. People were watching Dussehra celebrations from railway tracks. People need to be more alert; they must not trespass on railway tracks," he said.

After taking the stock of the situation at Guru Nanak Dev Hospital, Punjab Governor VP Singh Badnore called the incident "unfortunate" and ensured that proper medical aid is being provided to all those injured.

"This is a very unfortunate incident. The inquiry will be done and those who need to be punished will be punished and accountability will be fixed. I am here to ensure that proper medical aid is provided to injured," Badnore said.

Punjab Chief Minister Captain Amarinder Singh on Friday set up a Crisis Management Group to monitor the relief and rehabilitation efforts in the wake of the tragic train accident in Amritsar.

In the wake of the accident, state mourning has also been declared for today, and all offices and educational institutions will remain closed in view of the tragedy, an official spokesperson of the Punjab government said.

Relief and rehabilitation efforts have been mounted by the state government on a war footing, with all the necessary administrative and police personnel ordered the Chief Minister to be mobilised. The injured are undergoing emergency treatment in various government and private hospitals across Amritsar.

The accident took place in Choura Bazar near Joda Phatak area of Amritsar where a large number of people were watching the Ravana effigy in flames while standing along the railway tracks when a Jalandhar to Amritsar train crushed them. In the accident, 60 people have lost their lives while 51 others have sustained injuries.

The public gathering standing on the track reportedly could not hear the hooting of the train due to the exploding firecrackers.

Amarinder immediately ordered a probe into the incident and directed senior officials to rush to the accident spot, while Prime Minister Narendra Modi approved ex-gratia of Rs 2 lakh for the families of those killed in the Amritsar train tragedy. He also announced a compensation of Rs 50,000 for the injured.