Chairman Railway Board Ashwani Lohani said the railways has launched such campaigns in the past as well, but intermittently. 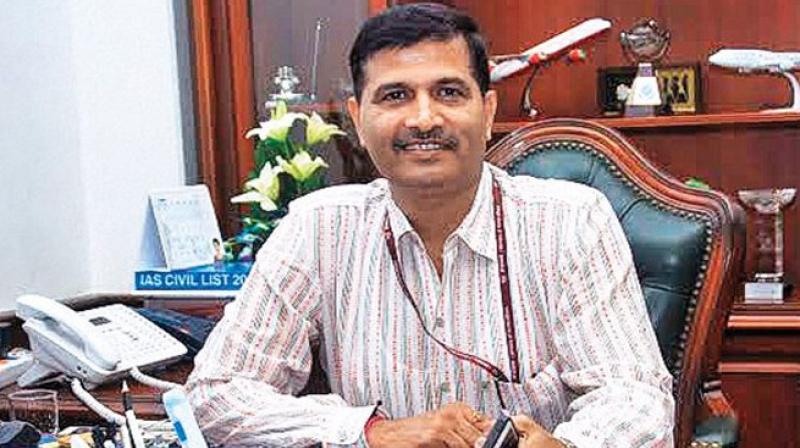 'We will launch a nationwide campaign against trespassing and the dangers thereof. This is all that we can do to avoid such tragedies,' Lohani said. (Photo: PTI | File)

New Delhi: The railways will launch a massive drive against trespassing on tracks across its network, Chairman Railway Board Ashwani Lohani said Saturday, a day after 59 Dussehra revellers were run over by a train in an incident described by the railways as a "clear case of trespassing".

Lohani said the railways has launched such campaigns in the past as well, but intermittently.

The national transporters had initiated a drive last year too, after a slew of 'selfie deaths' on tracks were reported from across the country.

"We will launch a nationwide campaign against trespassing and the dangers thereof. This is all that we can do to avoid such tragedies," he said. In the first six months of 2017, more than eight people lost their lives in accidents while clicking selfies on tracks, officials said, adding a campaign was launched after these reports.

In 2018, as of September, 1,20,923 people were arrested and prosecuted by the railway protection force (RPF) for intruding the railway system. Under section 147 of Indian Railway Act, a total fine of Rs 2.94 crore was imposed on them by courts during the period, according to data provided by the railways.

In 2017, 1,75,996 persons were arrested and prosecuted by the RPF for trespassing the railways system and a fine of Rs 4.35 crore was imposed on them.

"We will increase the frequency of such campaigns and budget will not be a constraint," General Manager, Northern Railway, Vishwesh Chaube told PTI. The gathering of people close to tracks was a "clear case of trespassing", a senior official had said Friday, after the accident in Amritsar in which the speeding train ran through people standing on track and watching a Ravana effigy burn.

Fifty-nine people were killed in the incident. Railway Board chairman Ashwani Lohani said Saturday it was an "incident" where people were "trespassing" on the tracks and not an "accident".