Rupani had earlier countered Cong's allegations that the govt was putting 'pressure' on poll panel to 'delay' the announcement of polls. 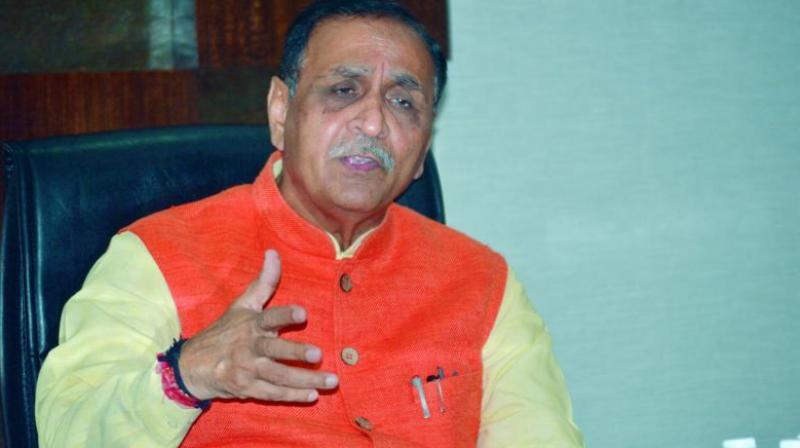 Speaking to reporters in Gandhinagar, Rupani said, 'Chidambaramji and the Congress are scared of the upcoming (state assembly) elections'. (Photo: File)

Ahmedabad: Gujarat Chief Minister Vijay Rupani on Friday hit out at Congress leader P Chidambaram for his criticism of the Election Commission and said the Opposition party is "scared" of the upcoming polls in the BJP-ruled state.

Chidambaram, the former finance minister, has said that by not announcing the Gujarat poll schedule, the Election Commission (EC) has "authorised" Prime Minister Narendra Modi to declare the dates at his last rally, after all "freebies" for the state have been doled out.

Speaking to reporters in Gandhinagar, Rupani said, "Chidambaramji and the Congress are scared of the upcoming (state assembly) elections".

"We believe elections should happen on due time, and it will happen so. But they are scared due to their desperation. And criticising the Election Commission is not the right thing in a democracy," he said.

Chidambaram had tweeted, "EC will be recalled from its extended holiday after Gujarat Government has announced all concessions and freebies."

The EC had on October 12 announced that polling for the Assembly elections in Himachal Pradesh will take place on November 9, but had not declared the Gujarat poll schedule.

Rupani had earlier also countered Congress' allegations that the government was putting "pressure" on the poll panel to "delay" the announcement of Gujarat poll schedule.