With the President's assent on the ordinance, 'triple talaq', has become punishable with a jail term of up to three years and a fine. 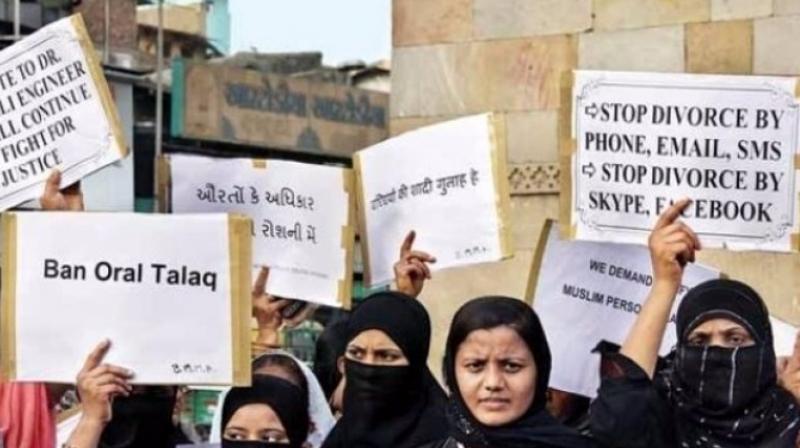 The ordinance has to be cleared in Parliament within six months. (Photo: File | AFP)

New Delhi: Triple talaq or instant divorce is now a punishable offence after President Ram Nath Kovind signed the executive order on Wednesday night, hours after it was cleared by the Union cabinet.

The decision that comes ahead of the series of assembly and national elections, follows Prime Minister Narendra Modi's Independence Day declaration that he would "leave no stone unturned to ensure that Muslim women do not suffer due to triple talaq".

With the President's assent on the ordinance, 'triple talaq', the Islamic practice of Muslim men divorcing by uttering the word “talaq” thrice in any form – spoken, in writing, or over electronic communication - has become punishable with a jail term of up to three years and a fine. The woman will be entitled to maintenance.

The ordinance has to be cleared in Parliament within six months.

On Wednesday, the government has said the measure was necessary as the practice of talaq-e-biddat was continuing unabated despite the Supreme Court last year striking it down.

Seeking to allay fears that the proposed law could be misused, the government has included certain safeguards in it such as adding a provision of bail for the accused before trial.

These amendments were cleared by the Cabinet on August 29.