CBI has detained Rani, assistant director in the social welfare department between 2015-17, and three staff members of Brajesh Thakur. 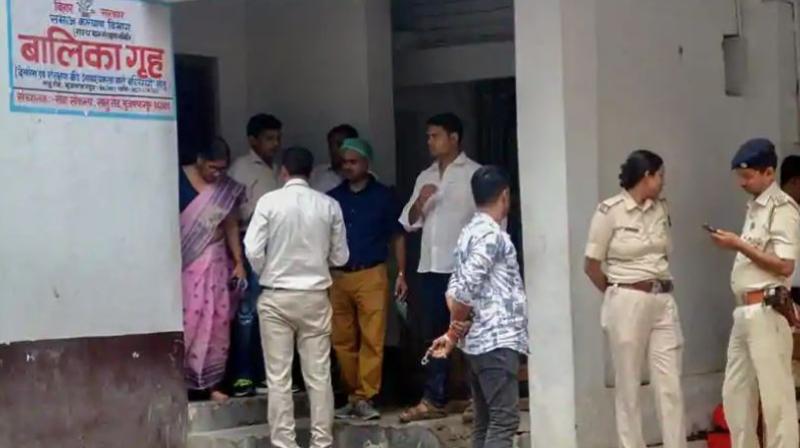 The sexual assault of 34 girls over a period of time in the government-funded shelter home came to light after a social audit was conducted by the Mumbai-based Tata Institute of Social Sciences. (Photo: PTI)

New Delhi: The CBI has detained four persons including an official of the social welfare department of Bihar in connection with alleged sexual abuse of minor girls at a shelter home in Muzaffarpur, officials said Thursday.

The sexual assault of 34 girls over a period of time in the government-funded shelter home came to light after a social audit was conducted by the Mumbai-based Tata Institute of Social Sciences.

During her inspections, Rosy Rani, assistant director in the social welfare department between 2015-17, was informed by the victims about the abuse but she did not take any action, they said.

The agency has detained Rani, and staff members Guddu, Vijay and Santosh of prime accused Brajesh Thakur, whose NGO ran the shelter home, they said.

They said the case pertains to The Protection of Children from Sexual Offences Act and Rani allegedly did not act in spite of receiving complaints from the minor girls who were facing sexual abuse at the centre and hence she may be face charges of abetment of crime.

The three staff members also allegedly visited the shelter home and the agency suspects their involvement in the crime, they said.

The agency has frozen 20 bank accounts of Thakur besides any kind of transaction of his movable and immovable properties, they said.

The Supreme Court Thursday vacated a Patna High Court order restraining the media from reporting on the probe into the Muzaffarpur shelter home case where several women were allegedly raped and sexually abused over a period of time.

After the incident came to light, an FIR was subsequently registered by the Bihar social welfare department and 10 people, including Thakur, were arrested.

Following a huge outcry, the Nitish Kumar government handed over the probe to the CBI.

His social welfare minister Manju Verma had to resign in August after it was disclosed that her husband had spoken to Thakur several times between January and June.

The CBI had carried out searches at her residence in Patna and Begusarai in August, they said.