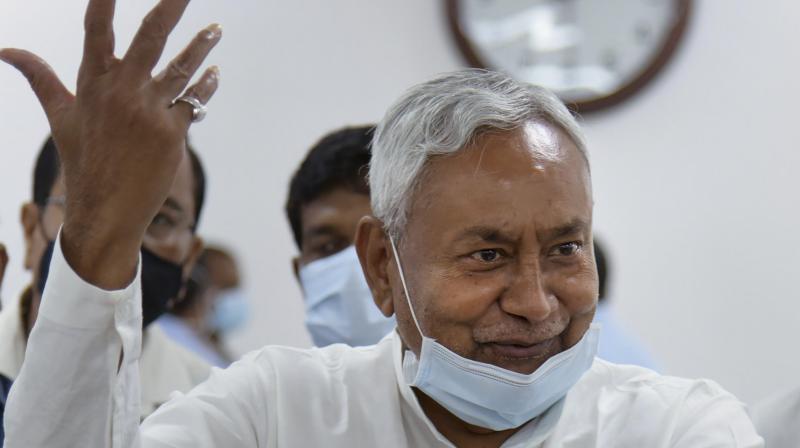 New Delhi: As the buzz around Bihar chief minister Nitish Kumar becoming the joint Opposition candidate for the Prime Minister’s post grows, his party, the Janata Dal (United), said on Friday that if all other parties want it, this could be an option. Mr Sharad Yadav, a leader of the Rashtriya Janata Dal, the JD(U)’s new political ally in Bihar, also said Mr Kumar could be the prime ministerial candidate for the 2024 Lok Sabha polls. Mr Nitish Kumar’s decision to break ties with the BJP, his ally since 1996 except for a period between 2013-17, has increasingly fuelled speculation about his possible prime ministerial bid.

JD(U) president Lalan Singh said that Mr Kumar’s main focus was on uniting the Opposition parties to take on the BJP in the 2024 Lok Sabha polls and that he will visit the national capital to meet leaders from various parties after the vote of confidence in the Bihar Assembly next week. The JD(U) president and Lok Sabha MP said many Opposition leaders, including Sharad Pawar and Arvind Kejriwal, had called up Mr Kumar to congratulate him after he cut off ties with the BJP and allied with its rivals to form a new government in Bihar. He said all Opposition parties should sit together to decide on the leadership to take on the BJP led by Prime Minister Narendra Modi in the next Lok Sabha polls.

Some of the Opposition parties still view the JD(U) leader with suspicion citing his numerous “U-turns”. Some Opposition leaders also pointed out that Mr Kumar was one among several leaders with prime ministerial ambitions, including West Bengal CM Mamata Banerjee and Telangana CM K. Chandrashekar Rao, besides Congress leader Rahul Gandhi. Mr Nitish Kumar has, however, refused to respond to questions about him being the Opposition’s prime ministerial face in the Lok Sabha elections.