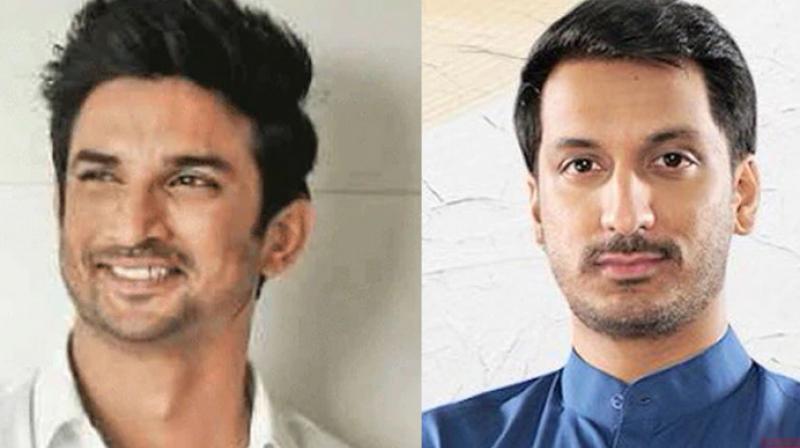 Parth Pawar tweeted “Satyameva Jayate”, which means truth shall prevail, without making any reference to the case. (Photo- PTI/Facebook)

MUMBAI: Problems in the Pawar family are far from over. Soon after the Supreme Court decided to hand over the Sushant Singh Rajput case to the CBI, Parth Pawar tweeted “Satyameva Jayate”, which means truth shall prevail, without making any reference to the case.

Nationalist Congress Party (NCP) chief Sharad Pawar had called Parth “immature” for seeking CBI investigation in the case last month and said that he gives no importance to his grandnephew’s opinions.

Meanwhile, reacting to the Supreme Court order, Shiv Sena leader Sanjay Raut said some political leaders from Maharashtra have maligned Mumbai police’s image, while the BJP accused the government of not letting the police to do impartial investigation.

Rajput, 34, was found hanging at his apartment in suburban Bandra on June 14. The Supreme Court on Wednesday upheld the transfer of an FIR, lodged at Patna against actress Rhea Chakraborty and others for allegedly abetting Rajput's suicide, to the Central Bureau of Investigation (CBI).

Senior BJP leader and former state minister Ashish Shelar said that the ‘hidden hands’, that have been misguiding the police investigation, will now be exposed. “Thank you to the Supreme Court. Jail time for “Pub & party gang” who enjoyed illegally, while 15,000+ Mumbaikars died in lockdown ! Note-Justice will be done,” Mr Shelar said in a tweet.

However, Shiv Sena leader Sanjay Raut told reporters that Maharashtra has always been at the forefront of fighting for truth and justice. “Doubting the integrity of Mumbai Police was a “conspiracy,” Mr Raut said, alleging that politicians maligned the Mumbai police.

The Shiv Sena leader said the Mumbai police had probed the case “in all fairness”. “Nobody is above law. With the Supreme Court giving its judgement, it is not right to make a political comment,” the Rajya Sabha member said.

Maharashtra Home Minister Anil Deshmukh said, “We welcome the Apex Court’s verdict. We will assist the CBI. It is a matter of pride that the Supreme Court observed that the Mumbai police carried out their probe into the matter in a professional manner. The SC has observed in its order that there was no fault in the Mumbai police’s probe.”