Bhubaneswar Kalita backs Citizenship Bill after blocking it in house

The leader termed the Congress’ stand on Article 370 highly frustrating. 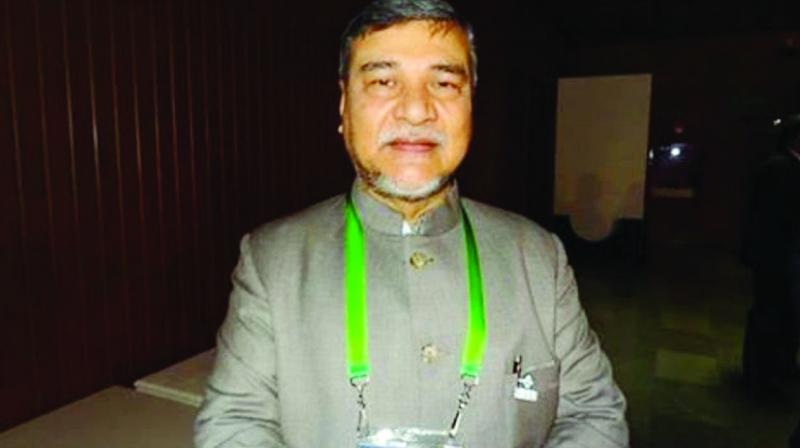 Guwahati: Eight months after opposing the Citizenship (Amendment) Bill by staging a walkout from a Joint Parliamentary Committee meeting, Bhubaneswar Kalita took a U-turn on Monday and said that the bill is no longer a contentious issue in Assam.

The former Congress chief whip in the Rajya Sabha, who recently deserted the party to join the Bharatiya Janata Party (BJP) said, “Considering the mandate the BJP got (in the Lok Sabha election), I don’t think the Citizenship (Amendment) Bill is a relevant issue in Assam now. The bill was on BJP’s poll manifesto and it still won in a big way.”

The leader, who had once declared that the Northe-ast was burning on acco-unt of the bill, said this while he was felicitated by state BJP president Ran-jeet Kumar Dass at an event attended by Union minister of state for food processing Rameswar Teli and state irrigation minister Bhabesh Kalita.

The proposed amendment would grant citizenship to non-Muslim migr-ants from Bangladesh, Pakistan and Afghan-istan. Migration from Bangladesh has been a contentious subject in the region and the bill was seen by many groups as an attempt to legitimise illegal migrants and introduce religion into an already incendiary mix of identity politics.

Denouncing Congress as a “leaderless party”, Mr Kalita said that he left the party after a four-decade association because he found himself supporting many steps taken by the BJP-led government at the Centre.

“I saw how the country marched ahead under the dynamic leadership of Prime Minister Narendra Modi in the last five years. Despite being in the Opposition, I personally supported many decisive steps taken by the Centre like the triple talaq bill,” he said.

Stating that the stand of the Congress on Article 370 was highly frustrating and disappointing, Mr Kalita said, “The sentiment of the nation was in favour of abrogation. Even I support abrogation. How could I issue a whip against it when the matter was not discussed within the party?”

Mr Kalita resigned from the Rajya Sabha on August 5, the day the Rajya Sabha passed the Jammu and Kashmir Reservation (Second Amendment) Bill, 2019 and the J&K Reorganisation Bill, 2019 by revoking the special status for the state under Article 370. He joined BJP in New Delhi on August 9.