A case has been filed after the two-wheeler rider’s family approached the police. 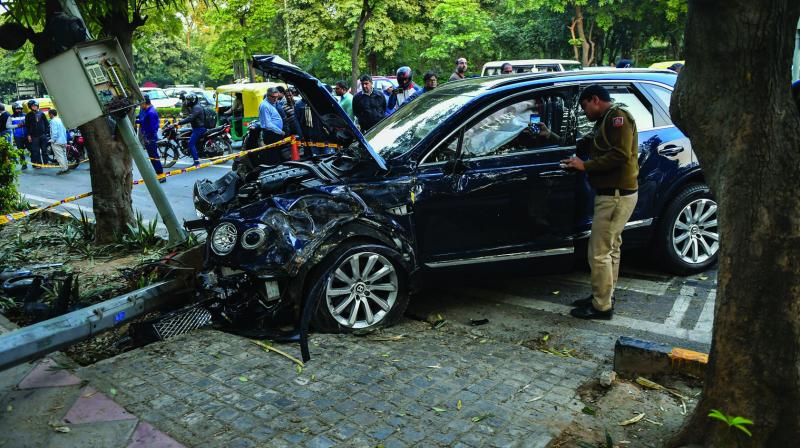 Mumbai: A 73-year-old man lost control of his car after suffering a heart attack while driving and knocked down a 72-year-old, who was riding a two-wheeler in Dahisar Sunday.

The accused identified as Suraj Prakash (73) died on the spot whereas the biker, Chandrakant Waghela (72) sustained grievous injuries.

The accident took place around 10 pm on Saturday on New Link road at Anand Nagar. A case has been filed after the two-wheeler rider’s family approached the police.

The car rammed into some parked vehicles and a shop, leaving the accused unconscious behind the wheel. The locals rushed to the rescue of the duo.

“Mr Waghela has sustained grievous injuries to his right leg, hand, stomach and head. The duo was rushed to a nearby hospital where Waghela is said to be in a critical state and the accused died of heart attack,” said an officer of Dahisar police station.

Mr Waghela’s son Jigar (36) on Sunday approached the police and lodged a complaint against the deceased accused.

The police scanned the CCTV footage of the spot and registered a case under sections 304 (A) (death due to negligence), 279 (rash driving), 338 (causing grievous hurt by act endangering life or personal safety of others) of the IPC.