The passport, which was issued by the Indian consulate in Dubai, was recovered from Takla. 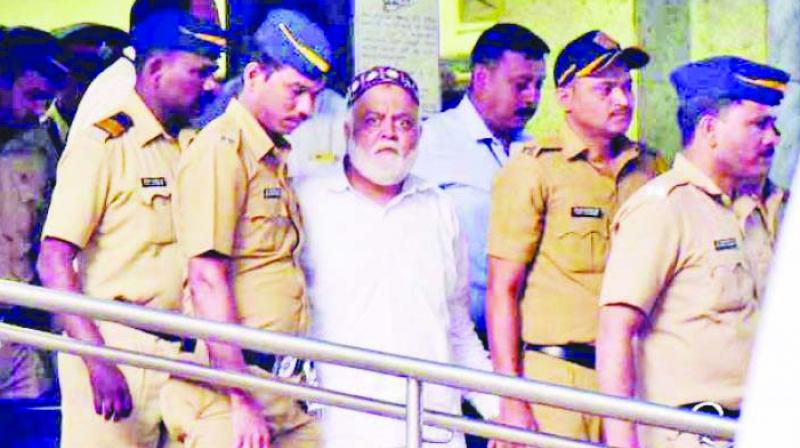 Farooq Takla was brought from Dubai on March 8.

New Delhi: Farooq Takla, the alleged conspirator behind the 1993 Mumbai bomb blasts and a close aide of fugitive Indian underworld don Dawood Ibrahim Kaskar, had managed to get an Indian passport under the assumed identity of Mushtaq Mohammed Miyan in 2011, the Central Bureau of Investigation (CBI) said.

The passport, which was issued by the Indian consulate in Dubai, was recovered from Takla when he was brought from there on March 8, 2018, and arrested at the Indira Gandhi International Airport here, the CBI claimed in a chargesheet it filed before a TADA court in Mumbai last week. The agency has alleged that Mohammed Farooq Yasin Mansoor alias Farooq Takla had escaped to Dubai after the serial blasts in March 1993 that killed 257 people and was living under an assumed identity of Mushtaq Mohammed Miyan.

The passport recovered from Takla was issued by the Indian consulate in Dubai on February 8, 2011, it said. The agency had taken over the investigation in the bombings from the Bombay (now Mumbai) police on November 19, 1993. The police had filed a chargesheet on November 4, 1993, in which Takla, accused number 196, was listed as one of the 44 absconders.

After taking over the case, the CBI got a Red Corner Notice issued against Takla in 1995, the officials said. After getting input that Takla was living in Dubai under the cover of the assumed identity of Mushtaq Mohammed Miyan, the agency got a fresh non-bailable warrant issued in August last year, they said. It is alleged that Takla was a close aide of Dawood Ibrahim and Anees Ibrahim and an active conspirator behind the 1993 mayhem at the nerve centres of Mumbai, which shook the entire country. Takla, then a resident of Shaikh Burhan Kamruddin Street, managed air tickets, accommodation, and briefing for five accused who had travelled to Pakistan via Dubai to receive training in handling of arms, ammunition and explosives, which were used in the blasts, the CBI has alleged in its chargesheet.

He allegedly received Saleem Bismillah Khan alias Saleem Kurla (now dead) and four others — Mohammed Haneef Mohammed Usman Sheikh, Sheikh Abraham Sheikh Hussain, Usman Khan and Mohammed Sayeed Ishaq — in Dubai, the chargesheet alleged. Takla funded their travel and accommodation and briefed them about their steps to visit Pakistan for the training and return to Mumbai, the CBI has alleged.