The man said there was a threat to his and his wife's life and she was being deprived of her liberty against her wishes by her family. 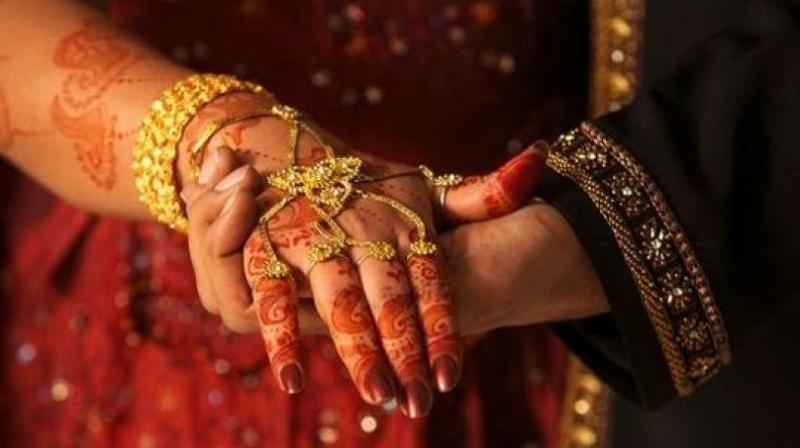 After being in a relationship for 2-3 years, the 33-year-old Muslim man converted to get married 23-year-old Hindu woman. They got married in February this year. (Representational Image)

New Delhi: A 33-year-old Muslim man, who converted to Hinduism to marry a 23-year-old Hindu girl in Chhattisgarh, has approached the Supreme Court seeking direction for her parents to let her stay with him.

Mohd Ibrahim Sidiqui, who had converted to Hinduism and became Aryan Arya, challenged the Chhattisgarh High Court order, saying it had erroneously declined to direct his wife's family to allow her to stay with him.

A bench of Chief Justice Dipak Misra and Justice DY Chandrachud sought response from Chhattisgarh government and asked for a copy of the petition to be served to the state government counsel.

The man said there was a threat to his and his wife's life and she was being deprived of her liberty against her wishes by her family.

Arya said he was being threatened by his wife's family and some others.

He said his wife had told the high court that she was 23-year-old and willingly got married to him. But the high court gave her choice to either live with her parents or stay in a hostel.

According to the petitioner, both of them were in a relationship for 2-3 years.

In February 23, 2018, he converted to Hinduism and took the name Aryan Arya to marry the woman. They got married at the Arya Samaj Temple in Raipur, Chhattisgarh, on February 25, 2018, as per Hindu traditions.

In his petition, he said his wife Anjali Jain returned to her parents' home at Dhamtari, but did not immediately inform her parents about the marriage.

Her parents got to know about their marriage and the couple then planned that she will move out of her parents' home without informing them.

She left her home on June 30, but the police found her before she could meet her husband and took her to a Sakhi Centre shelter home for women.

Arya alleged that police recorded a wrong statement that the woman wanted to stay with her parents and handed over her custody to her father.

Arya then approached the high court, which directed Anjali Jain and her father to be produced in the court on July 30.

The high court, after interacting with Anjali Jain, held that she had denied of any illegal detention by her parents' and it recorded that her parents' had serious reservations with regard to the relationship, or their marriage.

The petition said the court had ruled that "certain breathing space and time is required to be given in a free atmosphere to Anjali to make up her own independent mind".

The case is similar to Hadiya case where a Hindu girl from Kerala converted to Islam to marry a Muslim man and the top court on April 9, set aside the Kerala High Court verdict and restored the inter-faith marriage of Hadiya and Shafin Jahan, saying the former had "absolute autonomy over her person".