Wei Fenghe’s 4-day visit to follow up on Modi-Xi meet.

After the Wuhan summit, both sides revived the long-pending proposal to set up the hotline in order to avoid flareups along the disputed border.

New Delhi: Chinese defence minister and state councillor Wei Fenghe will arrive here on Tuesday on a four-day visit during which the two sides are expected to explore specific measures to build trust between their armies and maintain peace and tranquillity on the border.

Sources were cited by news agencies as saying that the primary objective of Mr Wei’s visit is to deliberate with the Indian defence establishment on implementation of decisions taken by Prime Minister Narendra Modi and Chinese President Xi Jinping at their informal summit in Wuhan in April this year. At that informal summit, Mr Modi and Mr Xi had resolved to open a new chapter in ties and directed their militaries to boost coordination along the border. A serious military faceoff in decades last year between the two Asian giants and nuclear-armed neighbours in Doklam in Bhutanese territory had triggered military tensions between the two countries. Sources said both sides will discuss the implementation of decisions taken during the Wuhan summit aimed at improving mutual trust and avoiding a repeat of any Doklam-like faceoffs.

Mr Wei, who is a key member in China’s State Council, the executive organ of China’s central government, is due to meet Prime Minister Modi and hold restricted as well as delegation-level talks with his Indian counterpart Nirmala Sitharaman on Wednesday. The Chinese defence minister is also likely to visit an Indian military establishment during his trip.

According to news agency reports, during the coming delegation-level talks, both sides are expected to deliberate on the situation along the Doklam plateau, and the Indian side may also raise the presence of a sizeable number of Chinese troops in North Doklam. Doklam is regarded as Bhutanese territory by India and Bhutan, while China regards it as its own and calls it Donglang. 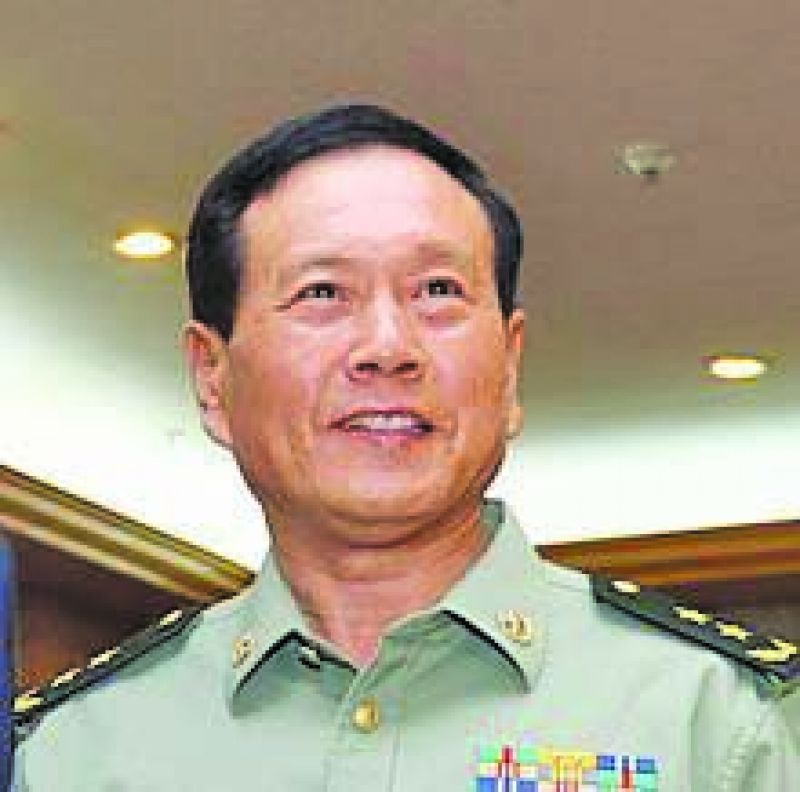 The two sides are likely to deliberate on a mechanism under which troops from both sides will inform each other before carrying out any patrolling on the disputed areas along the nearly 4,000-km border. Sources also said both sides will also attempt to resolve differences in setting up of a hotline between the two armies.

After the Wuhan summit, both sides revived the long-pending proposal to set up the hotline in order to avoid flareups along the disputed border. But the initiative hit roadblocks over differences on issues relating to protocol and technical aspects of the hotline.

According to reports, the Indian Army has maintained that the hotline should be between its director-general of military operations (DGMO) and his equivalent official in the People’s Liberation Army. However, Beijing proposed the deputy commander of its Chengdu-based Western Theatre Command would engage with the Indian DGMO. The Indian Army is opposed to the Chinese proposal, insisting that an officer equivalent to the Indian DGMO at the PLA’s headquarters should be deputed for communications through the hotline. The hotline between India and China was first mooted by the two countries in 2013.

An eight-member Chinese military delegation led by Lt. Gen. Liu Xiaowu, deputy commander of the Western Theatre Command, visited India in June as a followup to the Wuhan summit.