70-seater passenger planes are being operated by Alliance Air, a subsidiary of state-run carrier Air India. 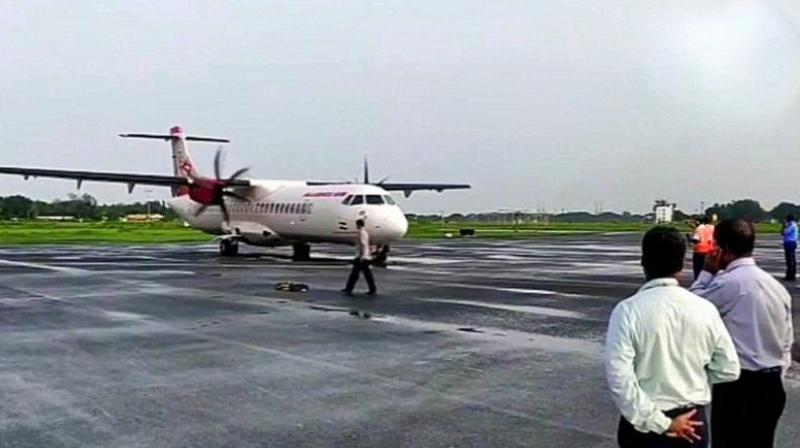 Kochi: In a major relief for Kerala which has been battling the worst floods in over a decade, commercial flight operations in Kochi resumed on Monday after the Navy activated its airstrips to accommodate small passenger aircraft.

The 70-seater passenger planes are being operated by Alliance Air, a subsidiary of state-run carrier Air India, between Bengaluru and the Kochi naval base, Civil Aviation Minister Suresh Prabhu tweeted.

On Sunday, an Alliance Air plane landed at the Kochi naval base carrying a team of officers from the aviation regulator DGCA, the Airports Authority of India and other flight safety officers to test whether the base could be used for commercial flight landings.

Flights to other destinations such as Coimbatore and Madurai are likely to resume shortly, the Civil Aviation Minister tweeted. "Other airlines are likely to join this effort too. All possible steps are being taken," Suresh Prabhu added.

The Indian Commercial Pilots' Association (ICPA) has told Prime Minister Narendra Modi that they are willing to fly to flood-hit Kerala without taking any payment. "We consider this a unique privilege that we can use to assist in such operations," the ICPA said in a letter to the Prime Minister on Sunday.

Meanwhile, Cochin International Airport, which is the country's seventh busiest airport, will remain closed till August 26 as water is yet to recede from the runway.

The Kochi airport had to be shut down for flight operations on August 15 after floodwaters submerged a large part of the runway and the parking bay.

According to the weather office, Kerala which has lost 357 lives due to floods and landslides triggered by torrential downpour is expected to see rains subside across the state on Monday. However, it has been forecast that the state will witness light rain at least till Saturday.

The weather office said rainfall has been gradually decreasing for the last three days.

According to the National Disaster Management Authority (NDMA), a total of 6,33,010 people are staying in 2,971 relief camps in Kerala and around 38,000 flood affected people have also been rescued by different agencies so far.