Bedi went on a sudden inspection on Friday night and posted the picture on Saturday, in which neither she nor the rider wore helmets. 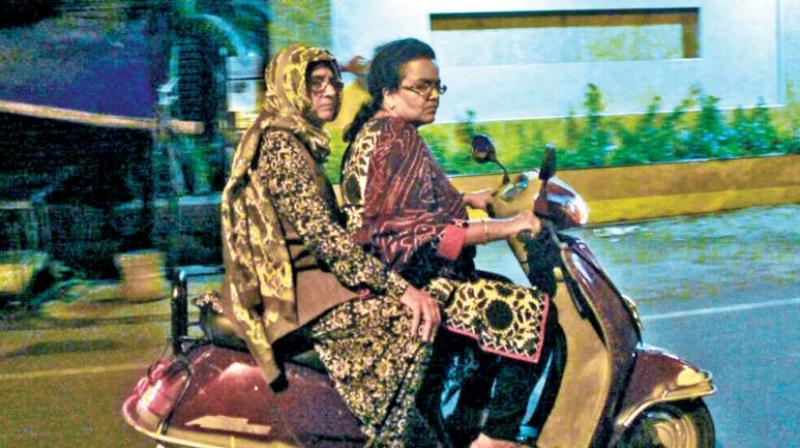 Puducherry: Soon after posting pictures of her surprise inspection on a two-wheeler to assess safety of women in the Union Territory late at night, Puducherry Lt Governor Kiran Bedi was bombarded with questions by twitterati – where is your helmet.

Bedi went on a sudden inspection on Friday night and posted the picture on Saturday, in which neither she nor the scooter rider was seen in helmets.

Although, Bedi received appreciation for “being a caring and responsible citizen”, she was also criticised for violating traffic rules by not wearing a helmet.

On a lighter note you should have been booked for riding without helmet.

It's good nd appreciative action but it wud b better if atleast rider wears helmet too.

Isn't it funny ma'am? ..while riding bicycle you are using helmet and no helmet on bike!!

Bedi tried to explain her decision of not taking precaution, stating that it was "careful choice" made to appear vulnerable. However, this excuse did not go down well with the social media users.

"Not wearing helmet was a careful choice. Both wanted to appear vulnerable & wanted to see how we women driving a scooty at nite r looked at," Bedi tweeted.

Not wearing helmet was a careful choice. Both wanted to appear vulnerable & wanted to see how we women driving a scooty at nite r looked at https://t.co/SkGfvQlBR6

Twiteratti rejected her explanation, calling it a publicity stunt. Many suggested her to do the 'right thing' by wearing a helmet.

Breaking the law is "careful choice" for someone who swore to uphold the Constitution. Shame.

So....The law of land allow careful choices ?? It seems the so called vulnerability was a cheap publicity stunt.

You are a governor... Why doing political stunts..if u r concerned about women safety bring up the matter constitutionally.

Breaking the law
Can never be a matter of "Careful Choice"

I will remember this excuse next time I am stopped by the police for not wearing helmet.

Bedi, in a bid to hide her identity, had covered her face with a dupatta while taking the ride.

A clip of Night Round done 'incognito' to check how safe was it for women++during late night hours.
Helped identify areas for improvement.. pic.twitter.com/1BeMsL1JQX