Indian Sikh pilgrims, who are visiting historical gurudwaras in Pakistan, have remained at the target of Inter-Services Intelligence. 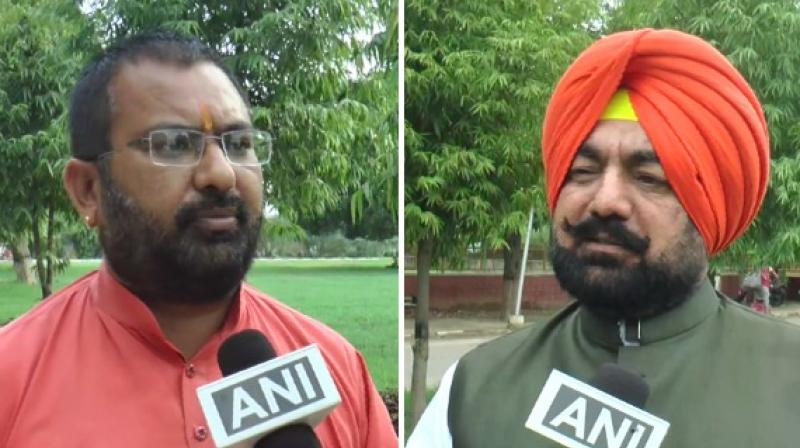 Ludhiana: Political activists from Punjab have asked pro-Khalistani extremists settled abroad to stop fuelling separatism in the state. They have accused Pakistan of backing these pro-Khalistani elements.

"Such elements are not loyal to any country. JS Dhaliwal from United States Media International, and Gurpantwant Singh Pannun, who sees the legal work of Sikh for Justice have no better work than abusing India, talking of partitioning the country, or of separating Punjab and the Sikhs. They should be restricted," said Sukhminder Pal Singh Grewal, the National Secretary of BJP Kisaan Morcha.

Grewal added that the pro-Khalistan secessionists based in the United Kingdom, Canada and the United States, who are demanding an independent Sikh state, are a discredited bunch of people who are working at the behest of Pakistan.

Their attempts did not get any traction amongst the Sikhs living world over and now they want the Pakistani government to openly support their secessionist campaign.

"There are people who purposely support radicalism, who left the country during the black period in Punjab. There are some groups today like Sikh for Justice and other Khalistani elements who are also backed by Pakistani agencies or ISIS and are settled in London and Canada," said Varun Mehta, the Pradesh Head of Hindu Tatva.

"These people took political refuge, became financially stronger and are now abusing the rights given to them by Canada and UK and are using their powers to disrupt the peaceful atmosphere in Punjab," he added.

'Referendum 2020', a farcical brainchild of Sikhs for Justice group has gathered no response amongst the masses of Sikhs in the UK or Canada.

"Pakistan is always looking for an opportunity where it can malign India. However, to its disappointment, it always gets exposed," said Mehta.

Indian Sikh pilgrims, who are visiting historical gurudwaras in Pakistan, have remained at the target of Inter-Services Intelligence and once again they are seeking to recruit vulnerable people in Punjab for the purpose of re-fuelling the idea of a separatist movement in Punjab.