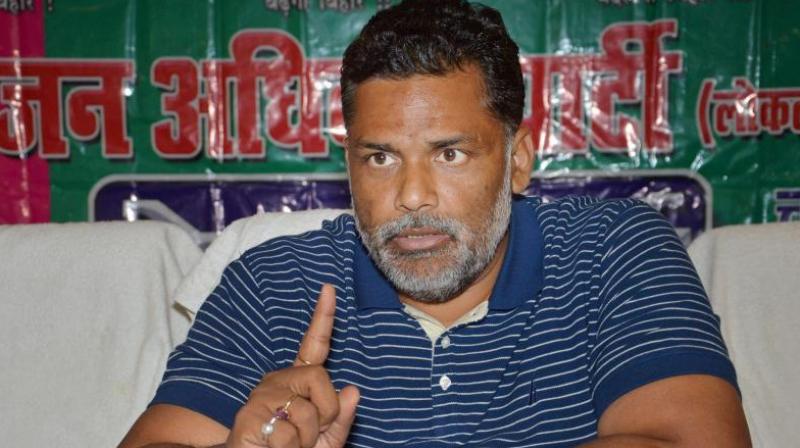 New Delhi: Jan Adhikar Party MP Rajesh Ranjan, also known as Pappu Yadav, on Thursday, kicked up quite a din when he flung papers towards the treasury benches and drew a strong reprimand from Lok Sabha Speaker Sumitra Mahajan who sought his apology.

As soon as Question Hour began, Ranjan, wearing an apron with words “yachna nahin, rann hoga” (no more please, there will be war now), seeking special category status for Bihar, rushed to the Well shouting slogans.

After he flung papers towards treasury benches, a war of words erupted between Ranjan and Union minister Anupriya Patel even as Union ministers Nitin Gadkari and Ananth Kumar went to the Well to convince Yadav to return to his seat.

An angry Speaker warned Ranjan against disrupting the House and said she would name him and force him out of the House. Mahajan, asking him to apologise, also told him later: “Your behaviour was very bad today. Such behaviour should not be repeated”.

While tendering his apology, Ranjan, demanding a special status and special package for the state, said he took recourse to such a behaviour to raise an important issue concerning Bihar where 11 crore people are suffering on account of drought and floods in the state.