Batra's friend said she could not have killed herself as she wanted to walk out of her marriage. 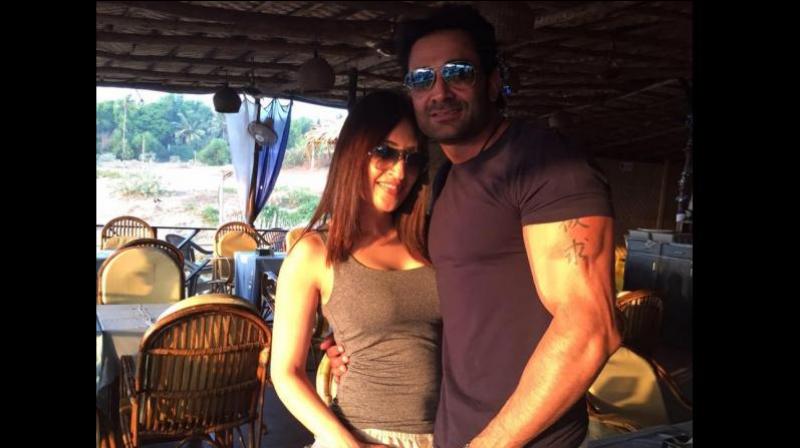 Anissia Batra had been married for over two years and used to live with her husband, Mayank Singhvi in Hauz Khas. (Facebook | Screengrab | Anissia Batra)

New Delhi: The female flight attendant who had allegedly jumped off the terrace of a south Delhi building was thinking of taking a divorce from her husband and was even looking for houses, a friend of hers claimed.

The woman who did not wish to be named said she was the last person the deceased had messaged.

Anissia Batra (39), who worked with a German airline, allegedly committed suicide in south Delhi's Panchsheel Park on Friday. Her parents alleged that her husband, Mayank Singhvi, used to physically abuse her. Singhvi was arrested and is currently in judicial custody.

Batra's friend said she could not have killed herself as she wanted to walk out of her marriage.

"On the day she died, her husband had called me around 1:30 pm and he seemed furious. I asked him about Anissia and he said she was with him and put the phone on speaker. I had advised them, 'If you are going to give your marriage a final shot, seek professional help because as friends we can only advise you'," she recalled.

However, at around 3:56 pm, Anissia's friend said she got a WhatsApp message from her that she had been locked up in a room.

"I got a message at 3:56 pm from her saying, 'I have been locked up in the room. Please help. Call the police. I just got my phone back'. I told her that I cannot reach now since I am not in Delhi," she added.

Batra kept urging her for help, she said.

"I told her, 'You leave from there. Go to this friend's house'. She messaged me again, 'He has driven me to this point. I cannot repair what has happened'. I told her to leave from there but that message never got delivered," she recalled.

The woman raised doubts about Batra's death being a suicide.

"She was too strong to take such a step. On Saturday, she was supposed to take a flight and had packed her suitcases, ironed her shirts and was excited. In the last two months, she had made up her mind to move out, had even consulted a divorce lawyer and was talking to real-estate agents and looking for houses in East of Kailash," she said.

She said Mayank and Anissia Batra were having issues in their marriage and had decided to give each other space.

"Mayank had moved out of the house and was staying at his parents' place. It was only two-three days that he had moved back to his house," she said.

Anissia's friend said she had learnt of Singhvi's anger issues six months ago.

"She was a private person but she had started speaking out about her marriage slowly. She had sent some pictures of her bruises to a couple of her friends. I learnt about it six months ago because she sought advice from me," she said.

The deceased was seeking advice from her friends and would often say, "This is a marriage and I have to make it work because we have been brought up with this notion."

"Some of her friends would advise her to make it work while others would tell her to move out. She was confused earlier but in the last couple of months, she had made up her mind to move out of the relationship," her friend said.

The woman said Anissia was upset after learning about Singhvi's earlier marriage but she was not "angry to the extent of taking such an extreme step".

"She was upset after learning that he was a divorcee. She was not very angry. She was more like, 'Imagine he has done so much. And there is this also'," she added.