Sundar Lingam, relative of one missing person, said, ‘We are here to meet MEA and appeal to govt to look into our issue’. 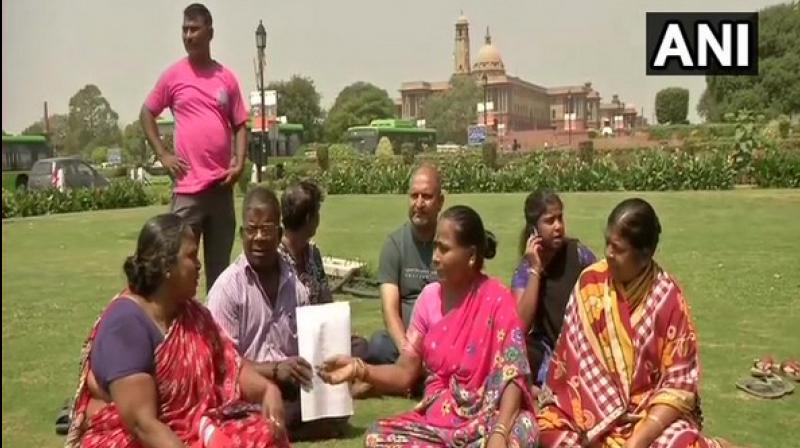 Reportedly, many people from Madangir village have boarded the boat destined to New Zealand illegally in January. (Photo: ANI)

New Delhi: It's been more than five months that a boat allegedly sailed off from Kerala coast carrying over 243 Indians who went missing. With no trace of them, their families are currently seeking help from the External Affairs Ministry in New Delhi.

Sundar Lingam, a relative of one of the missing persons, said, "We are here to meet the External Affairs Minister and appeal the government to look into our issue. My family, relatives and beloved ones are missing and there's no trace of them yet. I am not aware of a third party who is involved in this matter."

Devendra, who couldn't go along with his wife and two children in the boat, told ANI, "People were taken in a bus to the coast. By the time it was my turn, the driver informed me that I can join them later as the bus would return and take remaining people. However, when I called them after a few hours, they informed me that the boat has already boarded from Kerala coast and there's no space left."

He also alleged that a person named Ravinder allured the people of the Madangir village in the pretext of having a good life in New Zealand.

"Over 35 people from my family went in that boat and we have even approached the Kerala government to look into the matter. However, the government is paying no heed to our issue. Few enquiries were made by the police, but no action was taken in this regard," Ananti, another relative, told ANI.

Reportedly, many people from Madangir village have boarded the boat destined to New Zealand illegally in January.