Bhatt was posted as the Additional Superintendent of Police in Gujarat's Jamnagar when the incident took place. 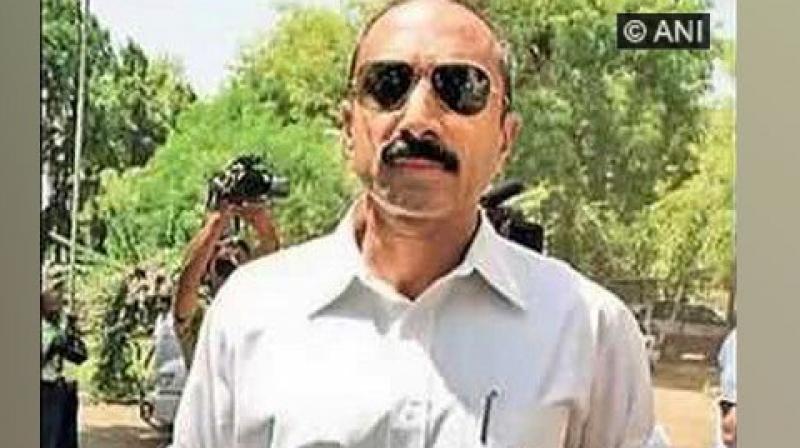 The Jamnagar Sessions Court charged Bhatt under Section 302 of the Indian Penal Code which deals with punishment for murder. (Photo: ANI)

Jamnagar: A Gujarat court on Thursday sentenced former IPS officer Sanjiv Bhatt to life imprisonment in a custodial death case dating back to 1990.

The Jamnagar Sessions Court charged Bhatt under Section 302 of the Indian Penal Code which deals with punishment for murder.

"After the complete trial in 1990 Jam Jodhpur custodial death case, Jamnagar Sessions Court today booked accused Sanjeev Bhatt and Pravinsinh Jhala under section 302 while the others are booked for torturing. For IPC 302 minimum punishment is life imprisonment and the maximum is death," public prosecutor Tushar Gokani told media after the hearing.

The case pertains to the death of a man named Prabhudas Madhavji Vaishnani who died on 11 November 1990, allegedly due to torture in police custody.

He was among the 133 people detained after communal riots plagued the Jam Jodhpur village ahead of BJP veteran LK Advani's rath yatra.

Bhatt was posted as the Additional Superintendent of Police in Gujarat's Jamnagar when the incident took place.

This case went for three decades after which the Supreme Court ordered that the judgement should be given before June 20 this year by the Jamnagar Sessions Court.

Bhatt was suspended in 2011 on charges of remaining absent from duty without permission and misuse of official vehicles and later sacked in August 2015.