Swami Akhileshwaranand Giri said a cow ministry should be constituted in Madhya Pradesh for the welfare of the state. 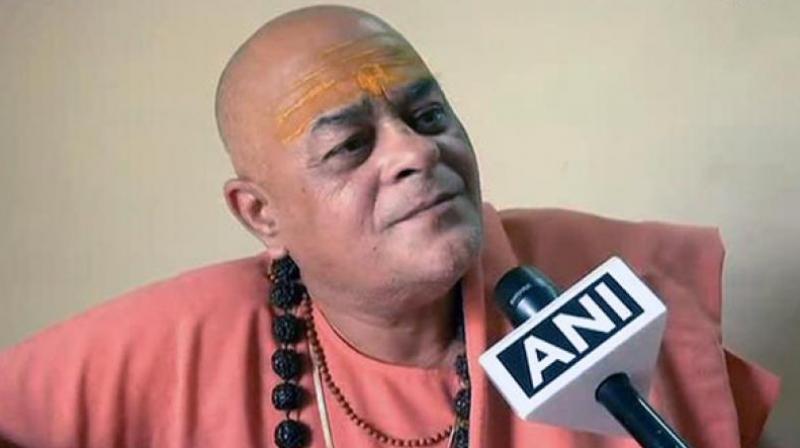 Swami Akhileshwaranand Giri said formation of cow ministry will attract even more budget into Madhya Pradesh and that he wanted the cow to be removed from the category of animal. (Photo: ANI)

Bhopal: Following his elevation to the rank of a cabinet minister in the Madhya Pradesh government, Swami Akhileshwaranand Giri on Wednesday appealed to Chief Minister Shivraj Singh Chouhan to form a cow ministry in the state.

He was of the opinion that if there could be a cow secretariat in Rajasthan, a ministry for happiness in MP, then a cow ministry should be constituted in the state for the welfare of the state.

He said that the formation of the ministry will attract even more budget into the state and that he wanted the cow to be removed from the category of animal.

Speaking to ANI, he said that he had previously spoken to Chief Minister Chouhan regarding this matter.

"He (the chief minister) told me that he will restore all the cow-houses, and there will be no shortage of funds, there just needs to be the willpower and commitment towards the cause. Now I am even more hopeful as he was made the chairman of National Agriculture and MGNREGA committee," Swami Akhileshwaranand Giri told ANI.

"The state gets 15,000 crore under the scheme. I asked them how much they spend, they told me they could hardly spend half of it. So I asked them why was there this lapse, you are a part of the Cow Protection Board, provide me with a budget of 1,000 crore, I have a strong willpower for my cause, they told me I was not making any unconstitutional demand, they will back me," he added.

On June 13, the MP government had elevated Swami Akhileshwaranand Giri, formerly the state's Cow Protection Board chairperson, to the rank of a Cabinet minister.

He was earlier given Minister of State (MoS) rank.