Security forces patrolled the streets as the situation remained tense on the 5th day of the indefinite shutdown. 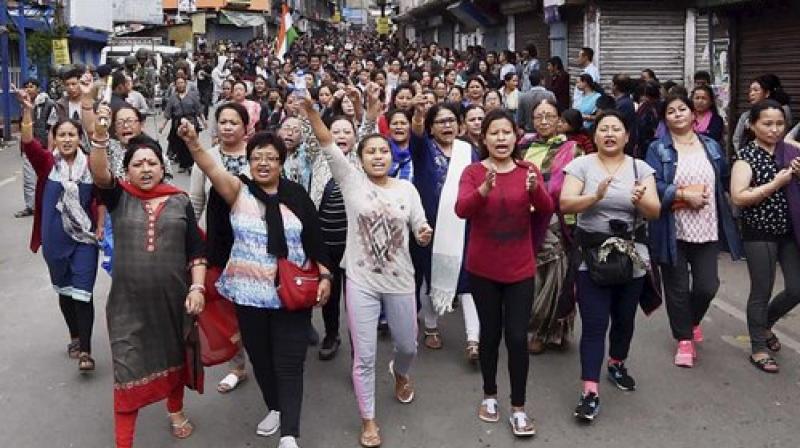 Activists of GJM take out rally in Darjeeling. (Photo: PTI)

Carrying black flags, protesters, especially the youth, marched on the streets of Chowkbazar area shouting slogans against the state government and the chief minister.

“Three of our activists were killed. We are ready to give our lives but will not stop protesting till we get Gorkhaland,” Sirish Pradhan, a GJM worker, said.

Several small processions were taken out by GJM activists in various parts of Darjeeling.

According to police sources, Internet services were shut down to stop GJM activists from using the social media to spread “provocative posts”.

Security forces patrolled the streets as the situation remained tense on the fifth day of GJM-sponsored indefinite shutdown.

Ms Banerjee urged all stakeholders to attend an all-party meeting in Siliguri on June 22 on the prevailing situation.