India   All India  20 May 2020  Maharashtra government divides state into red and non-red zones
India, All India

Despite persistent efforts by the state to reduce the total number of restricted areas, there is no decline in the red zones 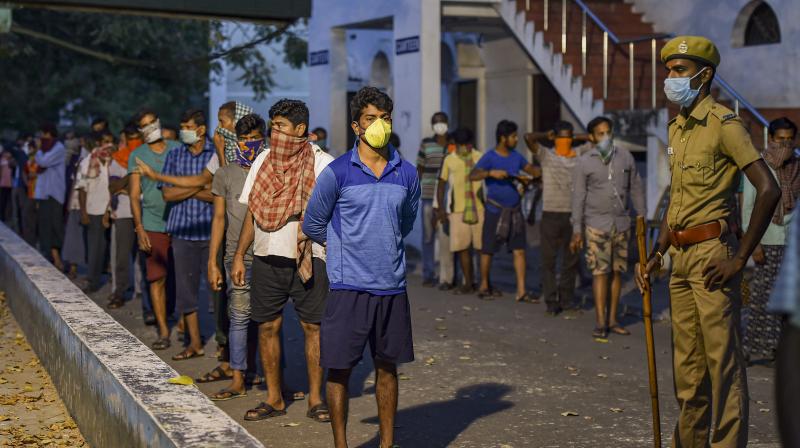 Mumbai: The Maharashtra government on Tuesday categorised the state into red and non-red zone areas for the purpose of allowing or restricting activities in view of the coronavirus pandemic.

Despite persistent efforts by the state to reduce the total number of restricted areas, there is no decline in the red zones, which are the hotspots of coronavirus pandemic.

According to the new guidelines issued by the state government on Tuesday, there are 13 red zones that include all municipal corporations of Mumbai Metropolitan Region (including Mumbai, Mumbai Suburban, Thane, Palghar districts), Pune Municipal Corporation, Solapur, Aurangabad, Malegaon, Nashik, Dhule, Jalgaon, Akola and Amravati.

Earlier, when the Union health ministry had classified districts in the country, there were 14 red zones in the state. Chief minister Uddhav Thackeray has vowed to make the entire state into a green zone by the end of May. But, there is hardly any change in the situation till now, raising a question mark over realising his ambition.

During the earlier phases of lockdown, the state was divided into three zones – 14 red, 16 orange and six green zones. However, the state government, as per the new guidelines, has categorised the areas into red and non-red zones for the purpose of allowing or restricting business and other activities during the lockdown. The guidelines would come into effect from May 22.

In the red zones, the e-commerce activity will be allowed for both essential and non-essential commodities. Shops, malls, commercial establishments and industries in the red zone, which are not allowed to operate, can remain open between 9 am to 5 pm only for upkeep and maintenance of materials, furniture, plant and machinery and pre-monsoon protection of property and goods.

No production and commercial activity will be allowed. However, home delivery from restaurants and kitchens will be allowed. All the construction sites are allowed to remain open for pre-monsoon works in red zone areas.

Markets and shops in non-red zones will remain open from 9am to 5pm, and if there is crowding or violation of social distancing norms, they will be closed down, the guidelines said.