'I don't want to go into what political parties say, they will be given an answer by govt,' Lt General Singh said. 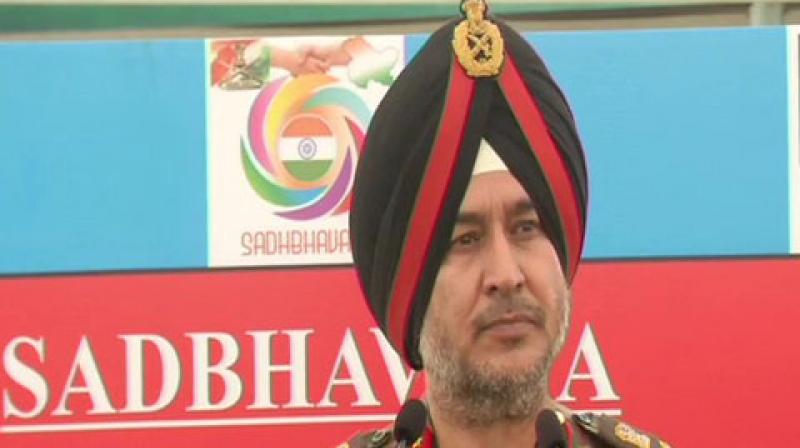 Singh was addressing a press conference here in which he was asked about Congress' claims of conducting six surgical strikes during the UPA regime. (Photo: ANI)

Udhampur: Commanding-in-Chief of the Indian Army's Northern Command, Lieutenant General Ranbir Singh on Monday confirmed that the first surgical strike was carried out by India in September 2016.

Citing an RTI reply by Director General of Military Operations (DGMO), Indian Army, Singh said that the first surgical strike by armed forces took place in September 2016, to avenge the Uri garrison attack, in which 19 soldiers were killed.

"A few days ago, DGMO said in a reply to an RTI that the first surgical strike happened in September 2016. I don't want to go into what political parties say, they will be given an answer by the government. What I have told you is a statement of fact," Lt General Singh said at a press conference here.

Singh was addressing a press conference here in which he was asked about Congress' claims of conducting six surgical strikes during the UPA regime.

Shukla had stated that two surgical strikes were carried out when Atal Bihari Vajpayee was the Prime Minister--one on January 21, 2000, in Nadala Enclave across the Neelam River and second on September 18, 2003, in Baroh Sector in Poonch.

Meanwhile at the press conference on Monday, Lt General Singh said that airstrikes by the Indian Air Force on terrorist infrastructure in Balakot was a major achievement.

He said that Indian aircraft went deep into enemy territory and launched preemptive strikes across terror launchpads in Pakistan.

"Pakistanis carried out air operations the following day, however they were given a befitting reply," Singh said.

Forty Central Reserve Police Force (CRPF) personnel were killed in the deadly terror attack in Jammu and Kashmir's Pulwama on February 14 when a Jaish-e-Mohammed terrorist rammed his explosives-laden vehicle into the CPRF convoy.