However, Tej Pratap later dismissed the allegation and said that the attack was part of a conspiracy to kill him. 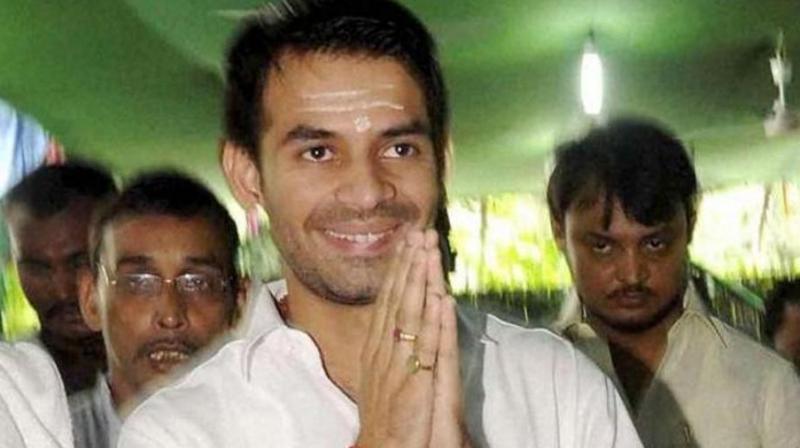 Patna: RJD chief Lalu Yadav’s elder son Tej Pratap landed himself into a fresh controversy when his bouncers thrashed a media person during the seventh and final phase of voting on Sunday in Patna.

Reports suggest that the incident occurred when a cameraman allegedly smashed the windscreen of Tej Pratap’s car.

“Tej Pratap’s bouncers thrashed the cameraman who was just doing his work. He was trying to take his visual when the incident occurred. His leg also got crushed by Tej Pratap’s car”, Video journalists who were present during the incident said.

However, Tej Pratap later dismissed the allegation and said that  the attack was part of a conspiracy to kill him.

“My bouncers didn’t do anything. I have filed an FIR and asked the police to take appropriate action against the photographer who was involved in the incident”, Mr Pratap said.

Tej Pratap has recently been upset with RJD leadership including his younger brother Tejashwi Yadav for sidelining him in the party and rejecting his demand to accommodate candidates of his choice during the Lok Sabha elections.

In March he had formed his own political front ‘Lalu – Rabri Morcha’. He had, however, clarified that the political front was part of RJD and was formed to support independent candidates during Lok Sabha polls in Bihar.

Patna SSP Garima Malik said that “a probe has been ordered and action will be initiated in accordance with law”.